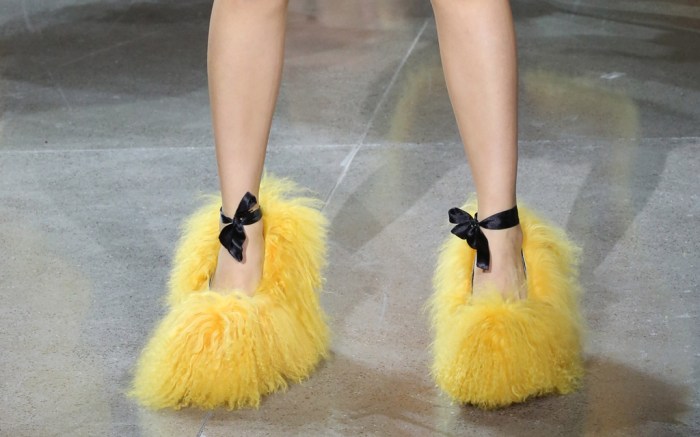 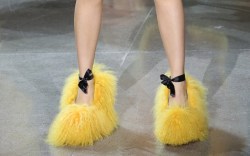 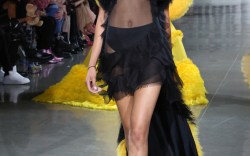 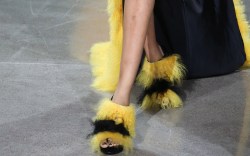 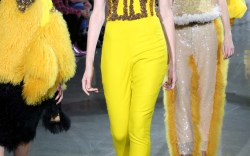 As New York Fashion Week comes to a close—making room for a slew of more shows in London, Milan and Paris—we’re taking a look at the loudest, craziest, and most unapologetic shoes presented on the spring ’16 runways.

Unsurprisingly, colorful designers like Jeremy Scott and Betsey Johnson made our list with their kooky footwear. The VFiles show undoubtedly topped the list with its collection of shaggy fur shoes and wrap-tied heels, styled with half of a stocking.

Rising designers like Adam Lippes, Adam Selman, Libertine and Hood By Air presented unconventional shoes. Hood By Air showed lace-up heels on male models, which had the words “AIR” via leather cut-outs on the sides.

Luxury labels got in on the action as well. Alexander Wang debuted a grungy take on the Teva-style sandal, embellished it with silver studs and metal chains.

Rodarte offered a fantasy-filled collection this season. Knee-high boots and ankle-strap pumps were done in black suede, striped with metallic leathers that were embossed with a snakeskin print. The heels had a slight curve to them as well, providing an otherworldly element that echoed the clothes.

For the week’s craziest runway shoes, click through the gallery below.