Sandals Continue To Dominate For Spring 2016 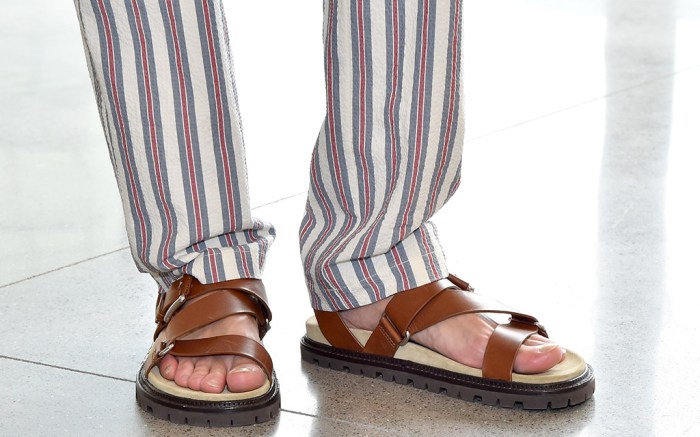 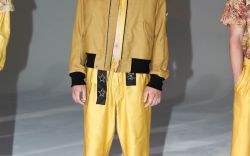 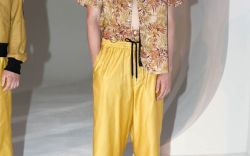 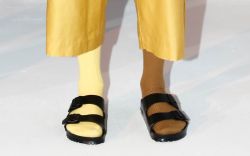 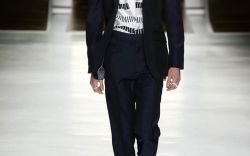 New York Fashion Week Men’s is wrapping up, and there’s one footwear trend that continued to be seen show after show: sandals. Designers in Milan, Paris, London, and now New York have all shown their take on the style, some adding socks in an embrace of the normcore look.

In the active category for spring ’15, many retailers FN spoke with did not report a heavy demand for men’s sandals outside of the basic flip-flop. Perhaps the continuation of the trends appearance on international runways will see a surge in demand, at least in the high-end category.

Our men’s editor Christian Allaire has been following the shows closely. Read on for his take on what we’ve seen:

“Crisscross sandals — or mandals, as we call them at FN — opened the show at Bottega Veneta. Now that men have gotten used to the open-toe style, designer Thomas Maier was able to have a little fun with bright, outdoorsy acrylic laces interwoven on uppers, some paired with kitschy camp socks.”

“Socks and sandals? That was the message Versace delivered for its spring ’16 collection, which was shown in Milan. Donatella Versace seems a tad late to the game here — designers have been showing socks with sandals for seasons now — especially if she was going for shock factor.”

“Compared with Valentino’s chunky Teva-style sandals last season, this season’s mandals were a tad more experimental. Crisscross silhouettes were finished in a Mexican serapé prints, while sleeker, double-strap sandals were done in the label’s signature camo.”

“Kors went gladiator for spring ’16, showing strappy leather sandals in varying hues. A modern take on the Roman Centurion and yet another label (think Bottega Venetta and in particular Versace) to show a similar style.”

“The theatrical designer is no stranger to larger-than-life moments. This season, he presented wooden flatform flip-flops paired with white socks, similar to the styling of traditional Japanese Geta sandals.”

“Robert Geller continued the playful sock styling for spring ’16, seen on the international runways at Bottega Veneta and Versace. Socks and sandals? You bet. Thong-style leather styles, as well as Velcro-strap sandals, were paired with cashmere socks for cozy appeal.”

Click through the slideshow below to explore all the looks.