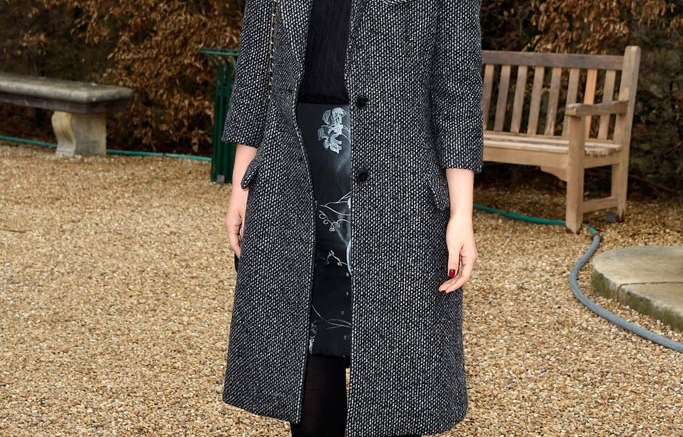 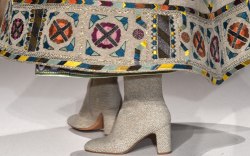 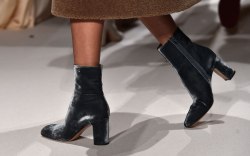 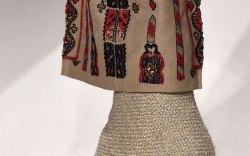 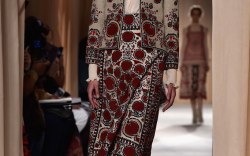 Yesterday in Paris, Natalie Portman attended the Christian Dior Haute Couture show. Clad in black suede slingbacks, a gray tweed topper and coordinating jacquard skirt, she made a somewhat quiet style statement. While Portman looked lovely, from a sartorial perspective, opaque tights and slingbacks (or pumps, for that matter) is a little middle-of-the-road for Paris’ front row.

The actress has been laying low since having her baby and relocating to the city of light with her French husband, Benjamin Millepied. But that’s not what had people talking. It’s been a long while since Portman, a public face of the Dior brand, has fulfilled her ambassadorial duties in such a way beyond fronting campaigns for the house’s beauty brands and wearing Dior creations on the red carpet.

She had been openly critical of John Galliano following his anti-Semitic comments in 2011, and many wondered if Portman, who is Israeli and Jewish, would continue her relationship with Dior. The fact that more than three years passed before she showed her face during Fashion Week speaks volumes.

As soon as the spring ’15 couture show began, however, attention turned to the collection at hand.

With latex-look footwear — many scaling over the knee — featuring a sloping lucite block wedge, it was easy to see why. Under Raf Simons (and reported house shoe maestro Francesco Russo) kinky boots just got a couture send-up.

Click through for a peek at these styles and more as the Haute Couture collections roll on in Paris.