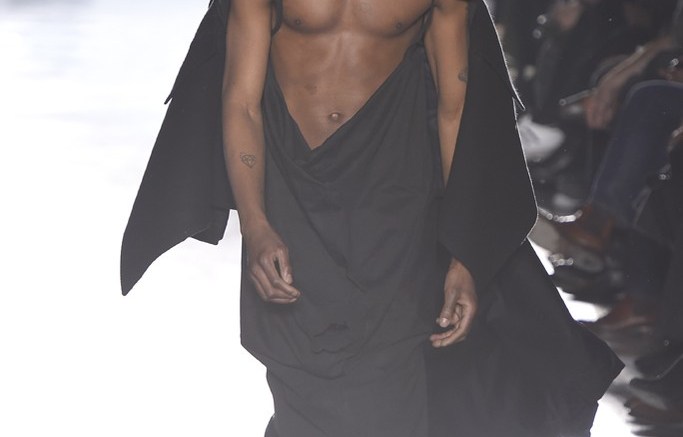 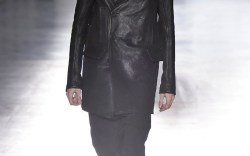 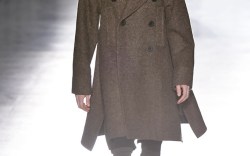 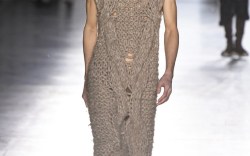 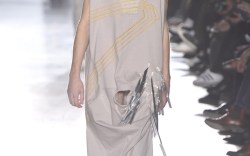 To say that shoes were not the center of attention at the Rick Owens runway show in an understatement. The designer had his models bare all — literally.

The strategically placed holes in the designer’s ready-to-wear provided a full-frontal view — and tons of buzz. The shoes, including black-and-tan sneakers with white trim and slouch details up to the knees, took a back seat. It’s safe to speculate that front-row spectators’ eyes were focused at a level higher than the footwear.

Owens, who also created buzz at NYFW by using real people on the runway and featuring a choreographed step dance, cited the image of a sphinx as one of his inspirations for Paris. The designer told WWD: “When I see a sphinx, I’m thinking of a moment of suspense — they are glamorous, exotic and mysterious, but I also think of a vessel…. It’s about men being together in closed quarters having to maintain a sense of decorum under intense pressure, and when that happens, their best comes out, and their worst comes out. A sense of order and a sense of honor can be enhanced, but then everything can fall apart and become primal.”