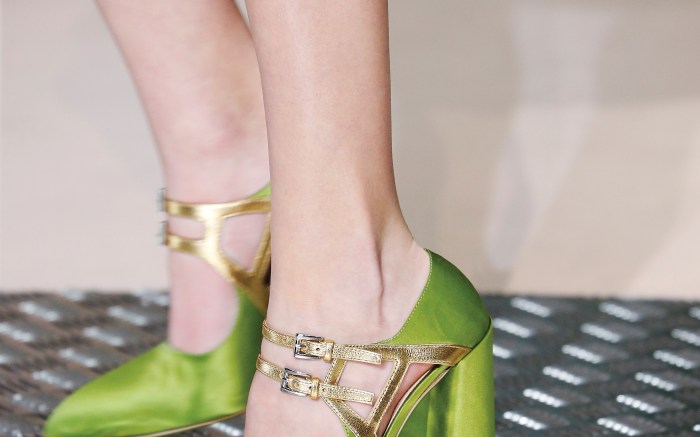 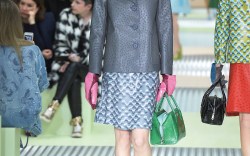 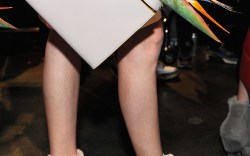 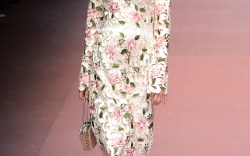 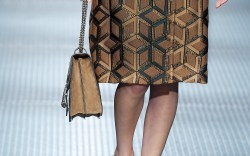 With the fashion flock moving on to Paris, the grand finale of fall ’15 shows, FN highlights the top 20 shoes seen on the runways in Milan.

1. Prada. The latest collection was titled “Thinking.” Though the line seemed straightforward, leave it to Miuccia Prada to deliver plenty of food for thought. The main thesis seemed to be self-referential, with ultra-characteristic house codes making a comeback. Studious shoe trackers will notice that the satin double-strap Mary Janes shown this season are reminiscent of sister label Miu Miu’s hit style from spring ’07. This season, the shoe was updated with a pointed toe and flared, mid-height block heel with an inner notch. The unique shape and cheerful palette were a departure from the season’s allover darker mood. For its Pradasphere originality, this style takes the top spot.

3. Dolce & Gabbana dedicated their “Viva La Mamma” show to their mothers and the beauty of motherhood. But instead of being barefoot in the kitchen, these model mums wore velvet platforms and pumps blooming with kitschy embellishments.

4. Gucci took a gamble on new designer Alessandro Michele, who sent the brand in a decidedly less glam direction with furry takes on horsebit loafers.

5. Marco de Vincenzo has a background in accessory design, which was evident in his eccentric jumbo tubular silk-braided stilettos.

8. Dsquared2 offered an ode to Canada for its 20th anniversary, with stilettos featuring beading and fur inspired by the country’s First Nations people. Though the footwear was eye-catching, the collection raised controversy due to its cultural insensitivity.

9. Versace platform sandals and boots were carved with signature Greek keys. The pattern was also printed on matching hosiery for maximum sizzle.

10. No. 21 went for modish round-toe boots in both flat and high-heeled styles that grounded the collection’s full shapes and outsize ruffles.

For the rest of the Top 20 best shoes from the Milan runways, click through our gallery.