Men’s Fur-Lined Mules? And Who Will Be Gucci’s New Creative Director? 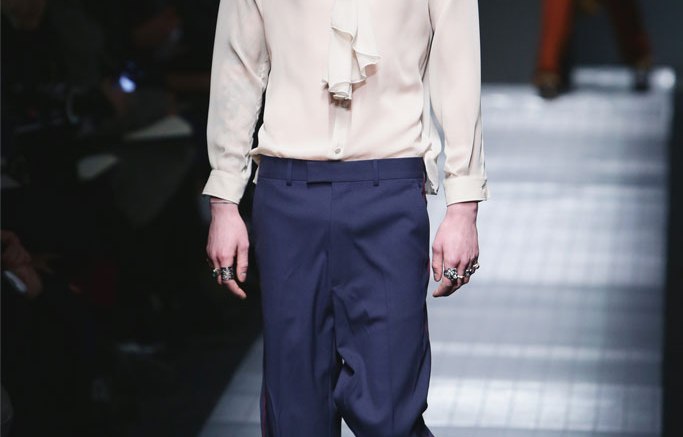 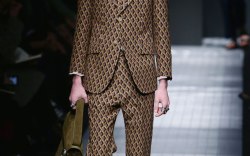 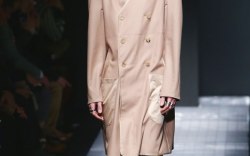 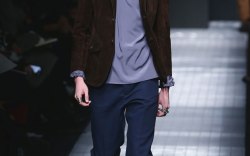 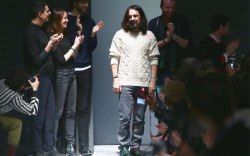 Gucci has been in the news a lot lately, what with designer Frida Giannini’s swift departure and the brand’s chief executive, Patrizio di Marco (her partner), also exiting earlier than previously planned. While di Marco has already been replaced by Marco Bizzarri, gossip is gaining momentum over who will fill Giannini’s shoes.

Meanwhile, the show must go on. Today in Milan, it did just that with the unveiling of the fall ’15 collection, which commenced with Alessandro Michele (the label’s head accessory designer) and other members of the team taking a bow.

Could Michele be the one to shepherd Gucci into the future? While industry experts think the best move for the brand would be to refocus on the company’s accessory-and-footwear business, it remains to be seen if the Fendi alum (he joined Gucci in 2002 ) is up to snuff. Indeed, in light of stagnant sales, increased competition and Saint Laurent clipping at Gucci’s heels with an impressive 28 percent sales growth reported for October 2014, someone with bold new ideas is definitely needed.

While some observers are speculating that the Tom Ford could be just the guy, we strongly doubt this rumor has any legs. He left Gucci in 2004 on contentious terms after a dispute with Kering Group President Francois-Henri Pinault. And frankly, why would he bother? Ford is doing just fine — since starting his own privately owned brand, he’s said that the label is on track to hit annual sales of $1 billion.

If shoes can signal a sea change (and, as the current market appetite would suggest, they can), that’s what happened on the  Milan runway. Fur-lined mules were a flamboyant twist on Gucci’s classic horse-bit loafer. Socks and mandals also provided good footwear fodder. They had people talking, tweeting and Instagram-ing about who should lead the charge at this currently captain-less house.