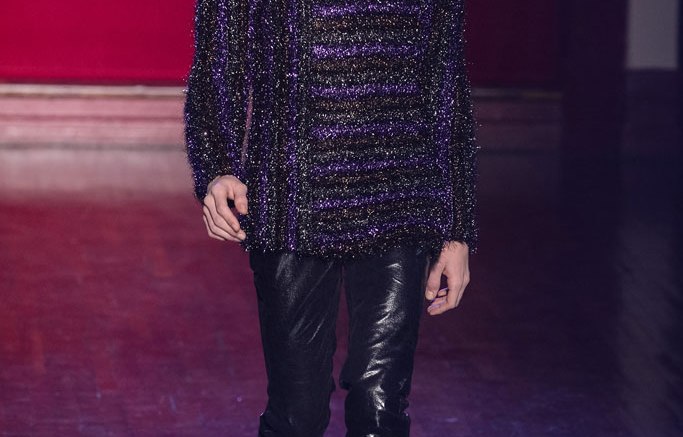 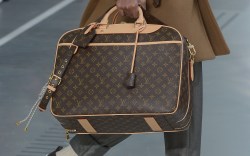 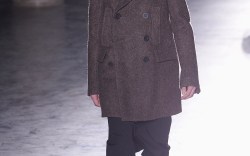 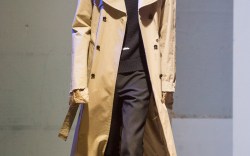 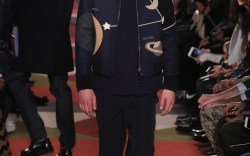 The fall ’15 men’s shows have officially begun in Paris.

At Maison Margiela, designer John Galliano continued his comeback with a renewed focus on menswear.

Slip-on shoes with knitted zigzag patterns were true to his eccentric form and flair for the colorful. They represented a softened, less dramatic direction for the house and its emblematic new leader.

Louis Vuitton cemented the flatform sole as a trend, showing cap-toe laceups with graphic black-and-white soles. The daring look was a fresh continuation of the spring ’15 show, which showcased athletic runners in luxe crocodile.

Rick Owens continued its Adidas collaboration with a new crop of sneakers, complete with its signature exaggerated midsoles. In keeping with the sneaker trend, Valentino also showed low-top runners with striped uppers.

Christian Louboutin has collaborated on the footwear for Todd Lynn’s fall ’15 men’s show, presented this weekend in London.

The unisex collection featured two original shoes by Louboutin, including a black-and-white Chelsea boot and mid-top sneakers in lively oranges and blues with elastic strapping details. This is the first season Lynn is focusing on menswear following a three-year hiatus from the market.

“When I think about the world and what’s going on in society right now, there’s this need to feel safe,” said Lynn in a release. “You can see that in the straps [on the shoes].”

In past seasons, Louboutin has collaborated on men’s runway with Jonathan Saunders, E. Tautz and 3.1 Phillip Lim.

The weekend’s men’s fall ’15 shows in London ranged from the classic to the outrageous.

Alexander McQueen proved to be an essential standout with its magnified take on the black laceup, amplifying the style with a thick creeper sole, pearl embellishments and fringeless kiltie flap. The label also played on the texture of leathers, adding matte panels to the overall patent lasts.

John Lobb debuted its new collection under the artistic direction of Paula Gerbase. The result? A more youthful invigoration of the brand, including suede chukkas and a tap into the booming sneaker market with leather low-tops. While the offering was a step in the right direction for John Lobb’s classic customer, it remained true to the brand’s core luxury focus, making use of both buffalo and calf leathers.

Manolo Blahnik’s first men’s presentation featured colorful takes on classic styles like the monk strap, lace-up oxford and ankle boot with hiker-style lacing, all with a focus on the squared-toe silhouette.

The men’s fall ’15 shows have officially kickstarted in London, along with a flock of footwear offerings under way in Florence, Milan and Paris.

Last season offered a bevy of shoe trends for men to slide their feet into. From the essential white low-top court sneaker to the clunky mandal and lug-sole takeover, there was a footwear style for virtually every customer.

With a focus this season on a more weather-specialized offerings, such as boots and dress styles, we expect the same modern updates on classics that we saw for spring ’15 — with perhaps a few unexpected twists, like laceless brogues or, dare we say, a continuation of the mandal trend styled with fuzzy socks.

To see the top shoe moments and editors’ picks from the men’s fall ’15 shows, be sure to click through our gallery.