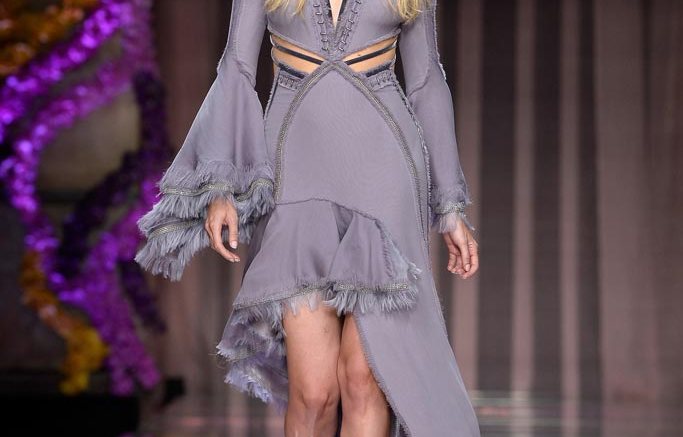 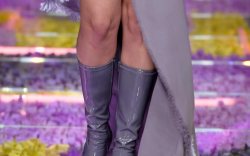 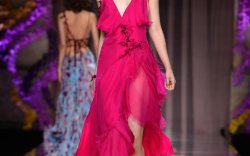 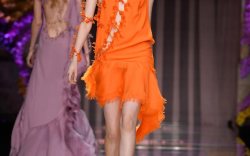 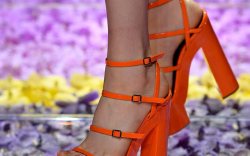 With that, Donatella Versace sent her bevy of pastel and floaty floral looks down the runway atop steep platforms and matching block heels. With a three-inch lift and a notched profile, these towering styles were offered either in a patent go-go boot or a ladder-strap sandal, some with piercing embellishments. They were shown in shades of lavender, robin’s egg blue and black.

The heavy-duty footwear ensured that even when Versace shows her softer side — all things being relative here — with sheer layers, whimsical embroidery and airier versus skintight silhouettes, she makes sure to retain some of her wanton, wily spirit via excessively sexy shoes.

At times, the combination of the couture apparel with the high-shine platforms threw off a whiff of exotic dancer. While the chunky heels helped dilute this vibe, it also may have detracted from the unabashed loveliness of the collection’s animated-princess appeal.

If the overall look seemed to be ripped from the scenes of a fairy tale, the footwear gave the impression that this fantasy romp would be slapped with an R rating.