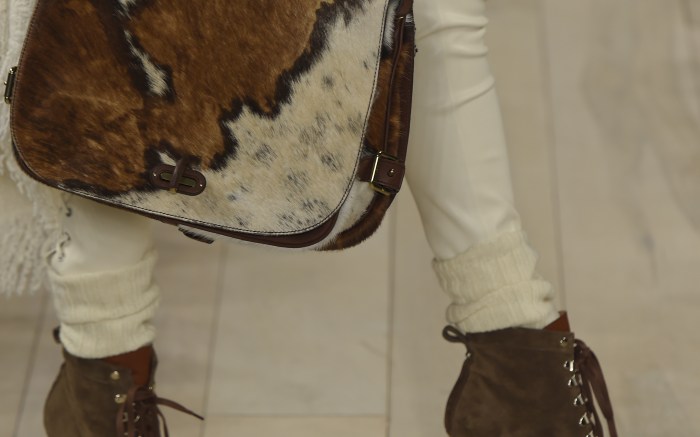 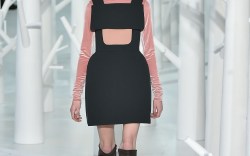 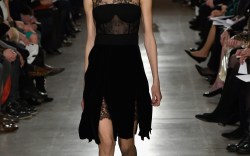 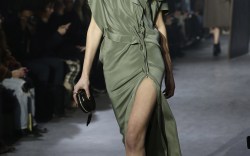 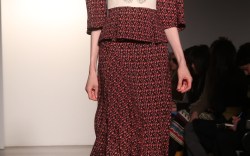 New York Fashion Week has seen thousands of pairs of shoes trot down the runways. Per usual, FN is covering all the notable footwear moments of the fall ’15 collections — from emerging talents and under-the-radar collaborations to blockbuster shows.

At Oscar de la Renta, house footwear designer Daniel Lawler worked with new creative director Peter Copping on his first outing for the label. Pointed-toe mules and pumps (some with lace bows sprouting from the heel which Lawler tied himself, he told FN in a pre-show preview) got things off to a particularly poised start. “It was all about one single-sole construction, but with a variety of surface treatments,” he noted on the bejeweled and coppered material flourishes. A fur-trimmed loafer-pump style that didn’t make the runway cut also had enough covetable pizazz to perhaps woo front row BFFs Taylor Swift and Karlie Kloss out of their Louboutins soon.

At 3.1 Phillip Lim, mid-calf lace up boots were shown in nice enough plain leathers and suedes, but a tiger print version had particular bite.

Giulietta designer Sofia Sizzi has an extensive footwear background, which she put to good use in her lattice platform pumps. The effect was akin to fishnets, already a sweeping trend this season.

Jason Wu’s black booties appeared sleek enough straight on, but golden triangular wedge heels lent a modernist streak. Not the most wholly original flourish, sure, (we’ve seen it before at Céline), but it complemented the ready-to-wear’s updated classic sensibility, pairing well with crocodile leather pieces and camel outerwear.

The first Shoe Of The Day was from Bionda Castana for Honor.

“We used our Maggie block-heel sandal from the spring ’15 collection in powder blue, purple, and black [suede] with metallic heels,” Bionda Castana’s co-founder, Natalia Barbieri, told FN exclusively. “It is perhaps one of our most contemporary styles. Easy-wearing. The collaboration was to use reflective fabrics against muted suedes — some contrasting, others matching.” Further contrast was added via stylist Leith Clark’s bold hosiery pairings, from scarlet to violet. This is the second season the two brands have collaborated.

The London-based luxury footwear label is a favorite of Alexa Chung, Keira Knightley and Kate Bosworth, all of whom favor low, gamine heels such as these. And while it might seem unlikely, Honor proved that socks and sandals can have an evening spin, believe it or not.