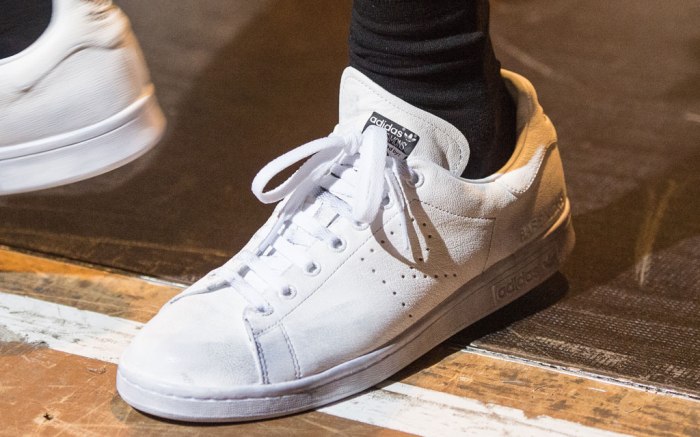 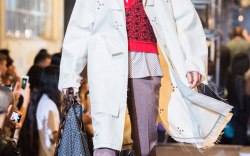 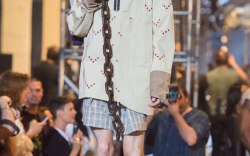 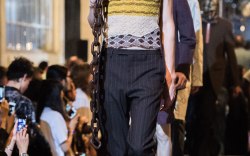 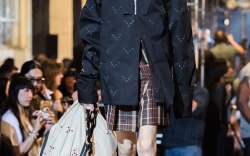 The Stan Smith effect isn’t fizzling just yet. Raf Simons continued his partnership with Adidas yet again for his spring ’16 collection, which showed at Paris Fashion Week. The designer offered all-white and all-grey takes on the Stan Smith tennis sneaker, with Simons’ signature perforated “R” taking the place of its three side stripes.

Of course, Simons’ collaboration with Adidas has been happening for a few seasons now. The designer has done all over-colored Stan Smiths in virtually every shade under the rainbow, from bright cherry red to charcoal grey.

This season, Simons offered two colorless styles, though his commercial line will likely include more options. But will the collaboration remain relevant after so many seasons? Though it’s been a hot buy for retailers the past few times, one can only rehash the same silhouette before it becomes a beating-a-dead-horse situation.

Perhaps it’s time for Simons to take on a new old school Adidas silhouette. The Gazelle and Superstar has been having a menswear moment, though the latter has quickly become Pharrell’s territory. It would be especially interesting to see Simons put his spin on a chunkier, not-as-cool Adidas silhouette, like the retro Decade high-top.

For a closer look at Raf Simons’ spring ’16 shoes, click through the gallery.