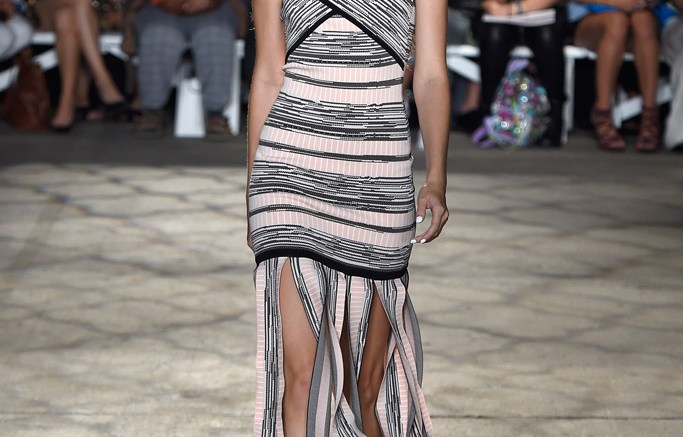 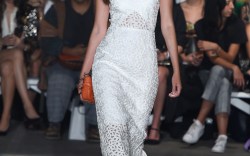 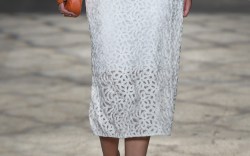 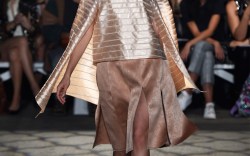 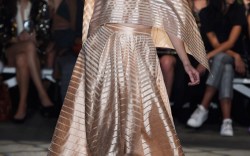 Christian Siriano seems to be dreaming of far-off places. He’s based in New York—what very few would consider an oasis—so understandably his mind is on exotic world travel. His spring ’16 collection was inspired by cities in Morocco, from Fés to Marrakech to Casablanca.

Siriano tells Footwear News that he designed for a woman who begins in New York and is inspired by the cultures as she travels through the Moroccan cities. It was all about texture, special details and a splash of color for Siriano this season—a clear homage to Morocco’s bright cities dotted with enchanting Islamic architecture.

“A lot of these shoes we did twisted knots and a lot of textures based on Moroccan wedding blankets,” he says. “We did laser cutting inspired by a lot of the iron work and the architecture.”

The twisted knot mules were done in textured cloth, metallic silver leather and denim. There were also strappy pointy toe stilettos in the same metallic silver. Siriano says the denim is a material he thought would be “fun and something we’ve never done before, which I’m excited about.”

And when Siriano’s woman returns to New York, she can put on his ultra urban white or black caged cut-out booties.

This season marks the debut of Siriano’s first high-end shoe line. Previously, the designer has sent footwear from his Payless ShoeSource line down the runway, although Payless is still acting as manufacturer.

“It’s so funny because we started working on the shoes so far in advance and they almost didn’t make it here,” he says. “Our shoes literally arrived yesterday. It was really scary!”

Aside from dressing front row guests such as Christina Hendricks and “Orange Is The New Black” actress Laura Prepon, Siriano recently clothed Taylor Swift in a shimmering gold gown for her new “Wildest Dreams” music video. Although the gown is part of the spring ’16 collection, Siriano says he decided not to send it down the runway.

“We decided to have its place there and have it be more special,” he says. “It was supposed to and then after I felt like it wasn’t fair. It’s her special thing.”

While some might take a vacation post-fashion week, Siriano doesn’t have much time for that.

“I’m doing a fashion show in Mexico City for Google in two weeks,” he says. “But it is Mexico—I need a little vacation. Why not?”

Click through the gallery to see more from Siriano’s spring ’16 collection.