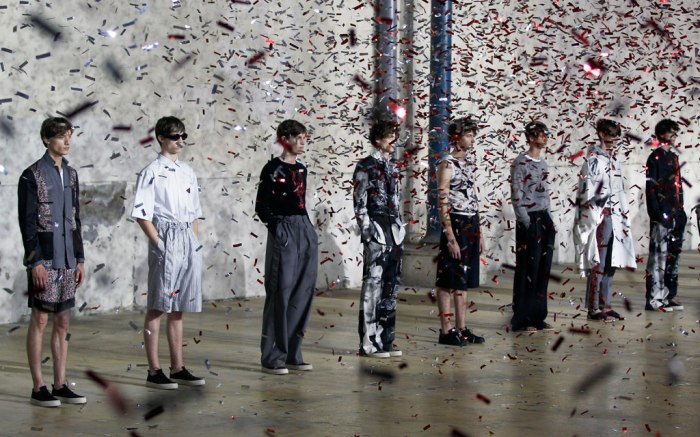 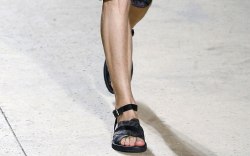 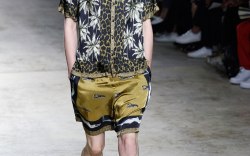 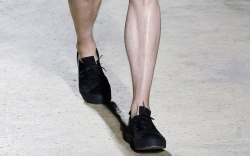 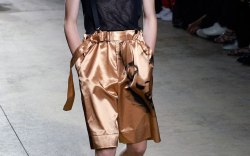 Dries Van Noten’s spring ’16 collection, shown during Paris Fashion Week, featured an edited offering of sandals and sneakers, which was a departure from the label’s espadrille push seen on the runway for the past few seasons.

While new from past collections, the footwear styles were not exactly revolutionary. Crisscross sandals featured subtle panels of a grey leopard print, while another style combined red suede and black leather. The thong sandal—a prevalent trend in womenswear—crept its way in as well, in a black leather with ankle strap.

Low-top sneakers also made an appearance on the runway. The update here was in the thick white sole, which gave the appearance of an old school deck shoe. A leopard print style even featured an open vamp, which was laced-up for a half-sandal, half-sneaker effect.

There’s nothing wrong with a very wearable collection, but with the whole Dries image relying on its desire to be different, the commercial safeness of the shoes was somewhat disappointing—especially considering its lacy ballet flats last season.

For a closer look at Dries Van Noten’s spring ’16 shows, click through the gallery.