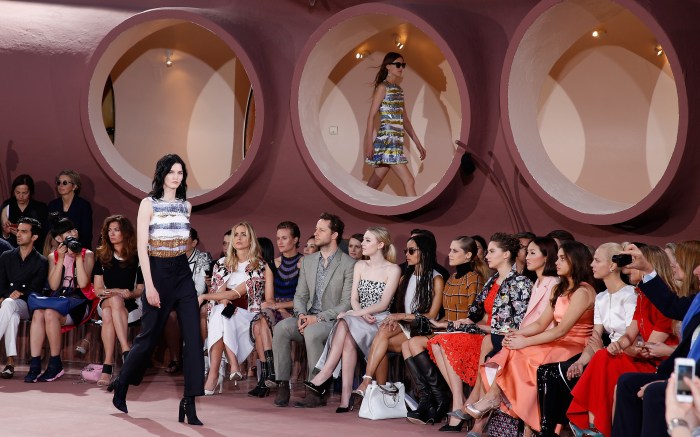 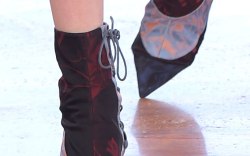 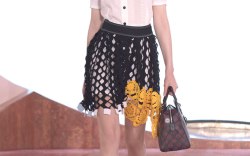 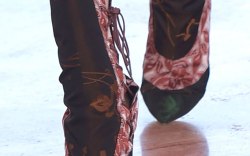 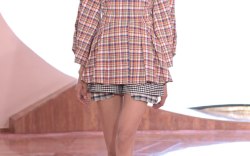 The collection was shown at Pierre Cardin’s Le Palais Bulles, a modern bubble house-style estate on the French Riviera. But unlike like the surroundings’ futuristic feel, the footwear proved to be a reference to the fashion house’s past.

Looking back to the days when Roger Vivier was at the helm of Dior’s footwear, the resort ’16 show presented modernized takes on Vivier’s iconic pointed pumps — a style FN named an “it” shoe in 1965.

For its current interpretation, Simons took the low-heeled pointy silhouette to the ankle boot, with laced-up eyelets on the sides. Some of the boots were elevated further with panels of printed satin — a sort of pastel tapestry motif done in different variations — as well as contrasting block heels.

New footwear introductions included a pair of leather flip-flops, which were used to offset the formality of evening pantsuits.

The flip-flop push has been prevalent on resort ’16 runways. Louis Vuitton also showed them, which suggests that the Birkenstock style — popularized by virtually every luxury label after Celine’s spring ’08 show featuring fur-lined sandals — is out, and the thong sandal is officially in.

Are your toes ready?

For a closer look at Dior’s resort ’16 shoes, click through the gallery.

For more resort ’16 coverage, see below: