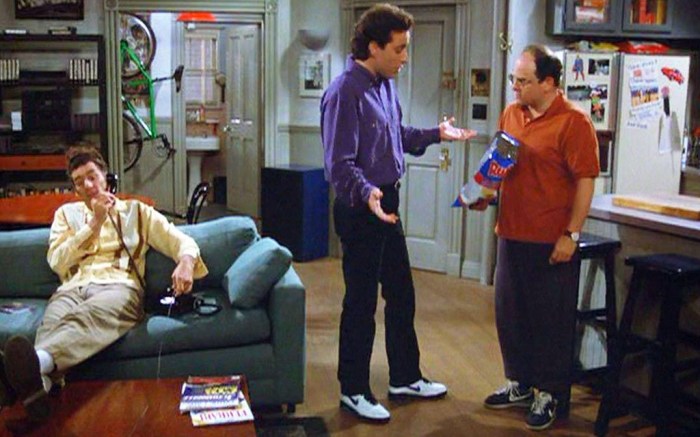 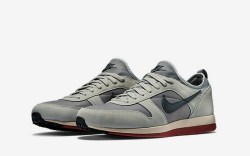 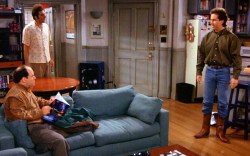 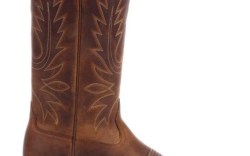 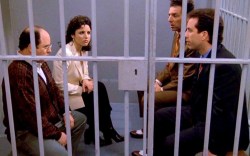 Seinfeld is trending again. You might be asking when did it stop exactly? True. But thanks to Hulu releasing all 180 episodes yesterday to its paid subscribers, the sitcom is experiencing something of a resurgence. On top of this, diehards fans have been forming lines around the block in New York City’s meatpacking district, where the online streaming network has mounted a replica of Jerry’s Upper West Side apartment.

Whether you are able to visit it or not, you can still step into Jerry, Elaine, Kramer and George’s particular brand of ’90s normcore via FN’s edit of Seinfeld-inspired shoes.

We’ve included plot-line favorites such as Jerry’s cowboy boots and Elaine’s Botticelli flats (from an episode entitled The Shoes, no less). But there are also retro runners and low-fi sneakers from Nike, Reebok and Adidas – Jerry was an accidental #sneakerhead, after all. Kramer-inspired lace-up oxfords and Elaine’s signature penny loafers (often worn with white socks, floral dresses and boxy blazers) are also included.

“Why are my shoes a topic of conversation?” Elaine said in season 4, episode 16. That was 1992 and we’re still talking.