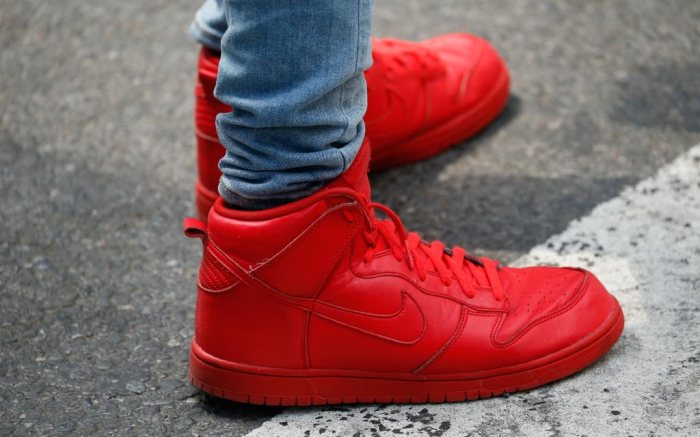 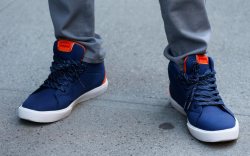 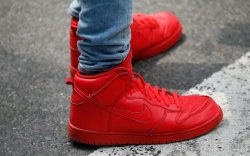 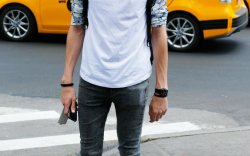 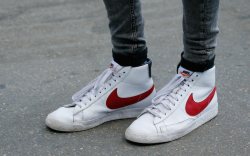 There’s a sneaker vibe running through New York streets. From performance high-tops by Nike to  running shoes by Asics, athletic looks ruled. While pops of color — from neon orange to aqua and purple dominated — classic white kicks also found their way into the mix.

The warm New York temperatures this week, had guys pushing their boots aside in favor of a pair of kicks. One of the most comfortable ways to navigate the city, athletic looks were spotted  footnoting everything from basic jeans and T-shirts to basketball shorts and sweat pants. Guys also opted for athletic styles for getting around town on scooters and skateboards.

While for most guys, sneakers dominate their footwear wardrobes doubling as casual wear, a group of serious B-ballers who gathered at a pick-up game in the city’s legendary West 4th Street Courts — a smaller-than-regulation court known as the Cage — scored in serious performance looks from Nike done in pops of red and purple.

For sneaker heads looking for the next cool pair of kicks, New York has plenty of shopping options. While there are the standbys such as Foot Locker, Modell’s and Champs, independents including Rime, West NYC, Flight Club, Kith and Atmos, often feature custom looks.