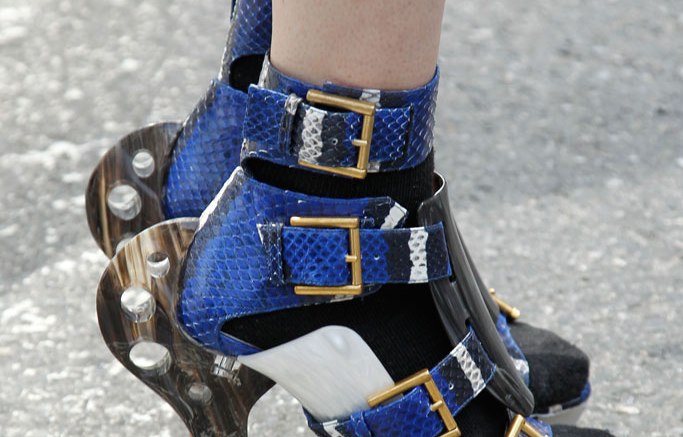 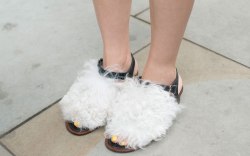 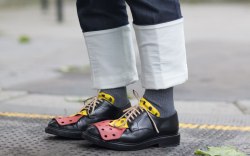 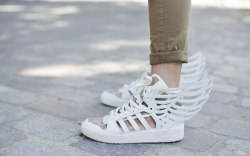 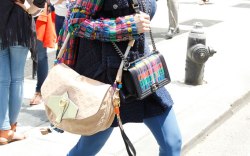 Street-style stars know that when they step out in the morning, their outfit must be on point. But it’s not just about the clothes — accessories reign supreme among street-style stars and the photographers who capture them.

At the Dior couture show, The Blonde Salad’s Chiara Ferragni rocked a pair of the label’s cobalt blue, thigh-high patent leather boots featuring a Lucite heel. Others have been spotted in a similar but lower style in black.

And it’s not all about crazy heels. Dior’s Fusion trainers have been popular among both street-style stars and celebrities such as Rihanna. Sneakers by the likes of Rick Owens, Kenzo and Jeremy Scott have been spotted on others. One person was spotted covering his Nike Air Jordan sneakers with plastic bags to avoid the rain.

Street style and the runways seem to influence one another. The sandals-and-socks trend that has ruled runways has also been taken to the streets.

Click through the gallery to see the craziest street-style shoe looks.