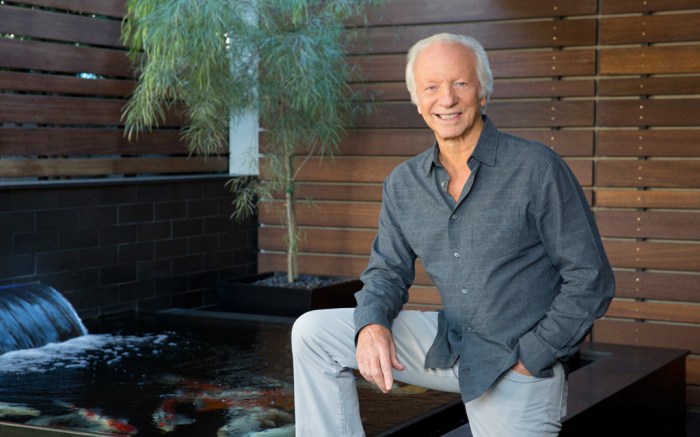 Greenberg, chairman and CEO of Skechers USA Inc., is in the midst of one of the highest points of his career as the company continues to enjoy major momentum. In addition to having a huge presence in the men’s, women’s and children’s casual markets, Skechers has sprinted into the hot performance-athletic arena in the past several years. All told, the company has a whopping 19 divisions and 3,000 styles in the market every season. Greenberg, who also founded L.A. Gear in 1979 and quickly grew that label, said Skechers will make 135 million pairs of shoes this year.

Impressive numbers, indeed. But Greenberg’s influence extends far beyond those financials. One of the industry’s savviest marketers,Greenberg — who always seems to know what consumers want and will respond to — has worked with a long list of superstars during his career, from Michael Jackson to Kim Kardashian to Demi Lovato, as well as the beloved pup Quiggly, who starred in the brand’s Super Bowl commercial in 2012.

Greenberg is proud of the award, even though he prefers to be “a little in the shadows,” he said. “I’m not interested in my own celebrity,” he added. “I’d rather other people get awards.”

The executive is the fourth shoe star to receive the honor, named for Blahnik, its inaugural recipient.  After the luxury shoe designer nabbed the honor in 2011, Stuart Weitzman won in 2012, and the late Vince Camuto received it in 2013.

Now in its 29th year, the FN Achievement Awards have recognized the biggest talents in the shoe business. Stay tuned at Footwearnews.com for more award announcements.

Click through the gallery to see highlights from past years.