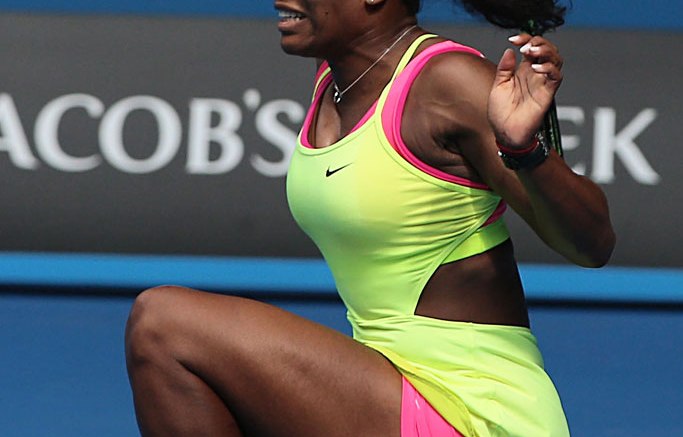 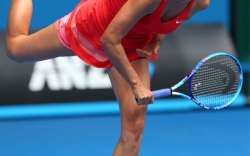 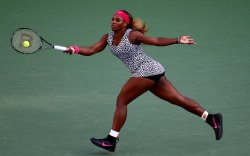 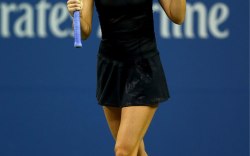 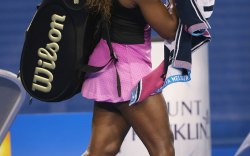 Serena Williams and Maria Sharapova are starting the 2015 tennis season with a Grand Slam bang: The top-two seeded women will face each other at the Australian Open on Saturday, Jan. 31.

The stats are all in Williams’ favor: Her record against Sharapova is 16-2 (4-1 in Grand Slam events), and she’s won the last 15 matches against the Russia-born player. That’s about as much actual sports analysis as you’re going to get here — how about a look at who’s on top of her shoe game?

First, the athletics: Both Williams and Sharapova have endorsement deals with Nike, and the Australian Open is the time when all eyes are on the girls for a clue to their latest tennis dresses and tunics. Sharapova’s on-court clothing style is pretty, and more understated than Williams’ wild neon colors and animal prints. Williams makes more of a statement with her shoes, too. Last year, she sported Nikes with built-in ankle support (in a pink accent) for the first time in Australia. She’s got a similar style again this year, but this time with the brand’s Black History Month black-and-white print that was a nice complement to her neon green-and-pink outfit. Pink has been Sharapova’s color of choice for a while now, and she’s glowing in a bright reddish-pink Nike dress with matching sneakers this round.

It’s off the court where Sharapova’s fashion sensibility shines, as a brief look at her Instagram will tell you. Even her street Nikes are more exciting than the ones she wears on court. Following her successful collaboration with Cole Haan, Sharapova is often seen on red carpets in eye-catching Walter Steiger, Rupert Sanderson or Christian Louboutin heels. Her Sugarpova candy company has also taken off in the last year — could its own sweet set of shoes follow?

Beyond her Nike collaborations, Williams launched a fashion line via HSN last year, with none other than tennis fan Anna Wintour sitting in the front row of her show at Fashion Week. The line doesn’t include shoes yet, but Williams does seem to favor a good statement shoe … or a nice pair of Jordans.

Who’s the winner in the shoe matchup? Maybe this gallery will help determine your thoughts on the matter.