Michelle Obama’s Suit Scores at State of the Union; Track Her Standout Shoes 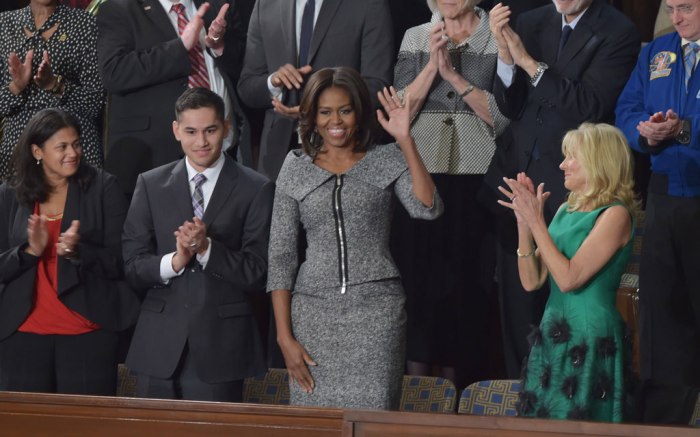 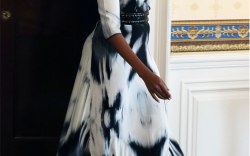 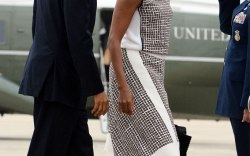 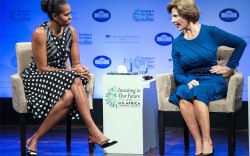 Michelle Obama is a powerful presence in any room. And her strong sense of fashion often adds more punch to political events, including the 2015 State of the Union address.

Barack Obama’s First Lady, aka FLOTUS, opted for a grey suit by Michael Kors. Unfortunately, her shoes were hidden throughout the evening, but the outfit was the talk of the town, thanks to its spot on season 5 of “The Good Wife,” where it was worn by Julianna Margulies’ character Alicia Florrick. Which then prompted the question on social media: Who wore it best?

FN caught up with the show’s costume designer, Daniel Lawson, who talked about style on the set of the CBS drama. “We’re [dealing with] lawyers, so we try to make it realistic, but also elegant and stylish,” he said.

But the Influencer-in-Chief doesn’t always take tips from TV. Typically, FLOTUS’ footwear fashion is on point, with classic pointy-toed pumps, while her dress makes a statement in bold colors or patterns. Kitten heels seem to be a favorite for the First Lady as well, with black as her go-to hue. For her clothing, we’ve spotted a variety of designers, including Jason Wu, Thakoon, Tracy Reese, more Michael Kors and Naeem Kahn.

Here, we look back at Michelle Obama’s shoe style. Would you like to see her in more daring looks, or is classic black always elegant? Tell us @Footwearnews.