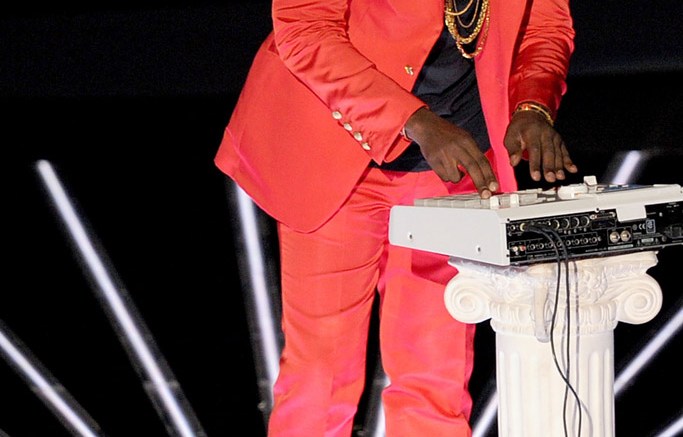 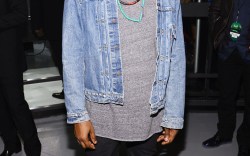 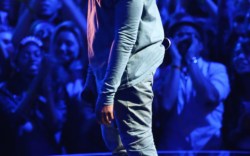 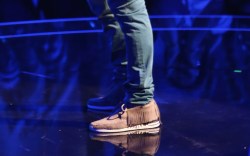 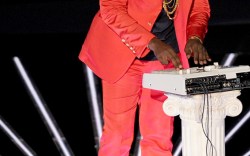 As if Kanye West hasn’t made enough VMA history already — MTV has announced that the rapper and designer will be receiving the Michael Jackson Video Vanguard Award on Sunday night. The prestigious award will honor West’s music and videos, and his impact on fashion, art and MTV culture.

West joins Beyoncé, Justin Timberlake and Britney Spears who’ve recently received the award. Last year, Beyoncé took the stage for a 16-minute performance of her self-titled fifth studio album, and the year before, Timberlake made waves with his performance as he reunited with NSync on stage.

These are tough acts to follow, but who better than Kanye West?

West is known for taking the stage in his own sneaker designs, like in 2010 when he performed “Runaway” in his Kanye West x Louis Vuitton Don red sneakers.

He then took to the stage the following year for a surprise performance of “Otis” with Jay Z in his Nike Air Yeezy 2 kicks.

This year, he will most likely perform a medley of his top hits and could possibly wear a new style from his Adidas collaboration. West is coming off the recent hype surrounding the release of his Yeezy Boost 350s in all-black, and was allegedly seen on Tuesday night in a pair of all-white Yeezy Boosts at James Harden’s all-white themed birthday bash. Red Yeezy Boost 350s have also surfaced from Diddy at the BET Awards, and most recently from Chris Brown.

West’s infamous “Imma let you finish” VMA moment while interrupting Taylor Swift may soon be forgotten after what’s sure to be a performance of a lifetime.

West has performed seven times on the VMA stage, and won Best Male Video for “Jesus Walks” in 2005. For his acceptance speech, West opted for white leather slip-ons, and during his rehearsal with Jamie Foxx for their song “Gold Digger,” West chose Nike Air Force 180 sneakers.

To see more of Kanye’s VMA sneaker style, click through the gallery, and check out more of the best sneaker looks from the VMAs years past.