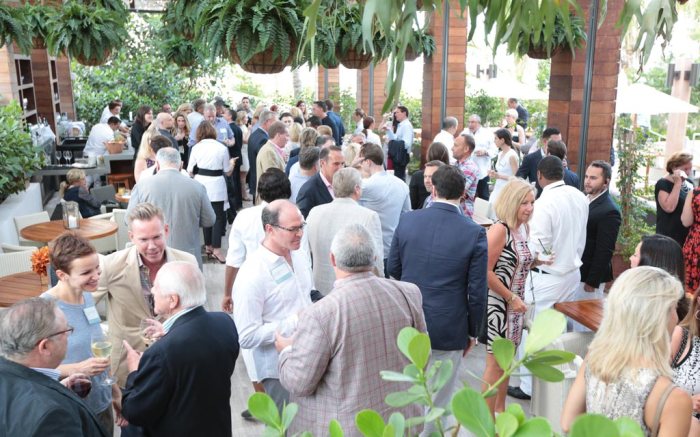 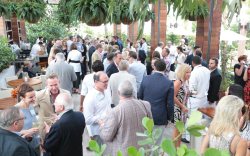 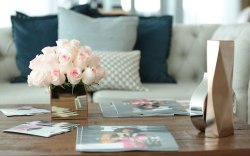 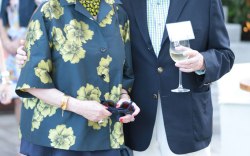 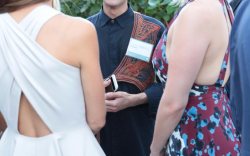 With the 2015 FN CEO Summit ended on Wednesday afternoon, we now have time to sit down and reflect on the memorable event, which was full of candid discussions, at-times-humorous conversations and convivial reconnections among industry players.

The summit kicked off with a bang on Monday evening, with attendees gathering on the Matador Terrace of the Edition Hotel, Miami, for cocktails. The sun was shining, the weather was warm and the drinks flowed. As the sun set, everyone headed off to prepare for the big day ahead.

For a group of around 30 attendees, predominantly designers, the night was just beginning as they relocated to Soho House for an intimate dinner hosted by Level Shoe District. Rising shoe stars, Nicolo Beretta of Giannico, Matthew Chevallard of Del Toro, Chloe Gosselin and Daniele Michetti joined the likes of supermodel Karen Elson and Prabal Gurung for star-studded event.

The following day and a half was packed with industry conversations, designer presentations and panel discussions. From Steve Madden — who frankly discussed his stint in prison, his collaboration with Iggy Azalea and how he feels about the Internet — to Sophia Webster and her husband (and MD of the brand) Bobby Stockley talking about their very successful social media outreach, Day One was off to a sizzling start.

Throughout the summit, social media was an area of focus for all of the event’s speakers. Debbie Ferrée of DSW Inc. and Kevin Bailey of Vans both discussed their varying approaches to online social platforms, their successful initiatives and their plans for the future. As Ferrée aptly pointed out, “If you have any doubt that mobile is the future … there are 1 billion downloads on YouTube daily.”

After some time at the poolside Cabanas at the Edition Hotel, followed by cocktails overlooking South Beach, the second evening began with FN’s fashion director, Mosha Lundström Halbert, taking to the stage for an intimate discussion with Prabal Gurung.

In his reflections on his foray into footwear, Gurung came across as not only talented but humble and extremely appreciative of the position he’s in. The designer encouraged all those with a voice to use their platform for good. A prime example of how Gurung has lived by these words (and a topic of discussion during the evening) was his recent campaign to raise funds for survivors of the recent earthquakes in Nepal. So far, he has raised more than $700,000.

After a light buffet breakfast on Day Two, attendees gathered in the ballroom to hear Uri Minkoff, co-founder and CEO of Rebecca Minkoff LLC, discuss the company’s advances in marrying the worlds of fashion and technology, from the cutting-edge digital shopping experience the brand launched in its new Soho store to its plans to continue to lead the way in fashion/tech innovation.

Next up was a conversation with Paul Andrew and Tabitha Simmons, moderated by Alina Cho. From the CFDA to Andrew’s amusing frustration with red carpet gowns that hide the shoes, the two designers spoke candidly about their respective brands.

Ending the summit was a tender discussion among Camuto Group Chief Creative Officer Louise Camuto, President Ed Ferrell and FN’s editorial director, Michael Atmore. Camuto discussed her plans for leading the Camuto Group after the loss of her husband, company founder Vince Camuto, and reflected on his legacy.

For more summit coverage, see below: