Celebrity Stylists: What It’s Like to Style the Stars 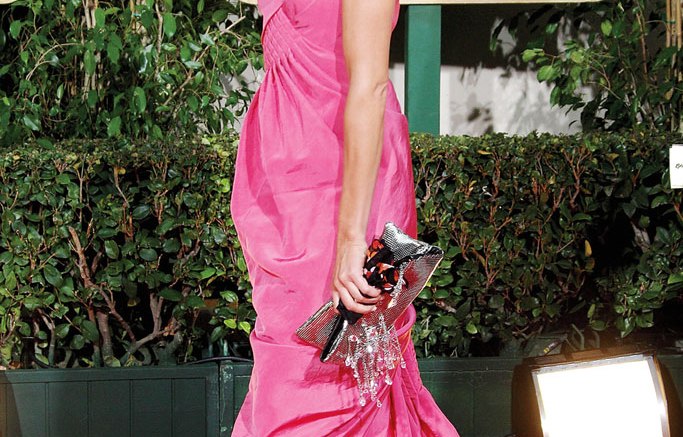 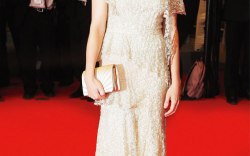 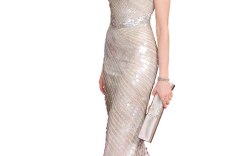 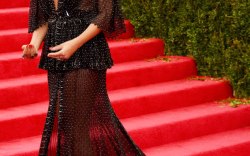 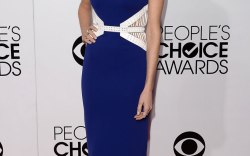 For today’s stars, standing out on the red carpet is tough — and having a show-stopping shoe moment is even tougher. Fortunately, celebrities have behind-the-scenes help. From Beyoncé to Charlize Theron, even the most fashion-savvy A-listers need a little direction to keep their style on point — and steer them from any major missteps. With the Oscars just days away, Footwear News caught up with a few of Hollywood’s most in-demand stylists to uncover their shoe secrets, most memorable looks and which footwear designers they’ve got on speed dial.

Cher Coulter
“I’m quite shoe-obsessed,” said Coulter, who works with actresses such as Rosie Huntington–Whiteley and Michelle Williams. Coulter’s love affair with footwear and fashion began at a young age. “I started [styling] at 16, working on [runway] shows such as Hermès in London,” she said. “After college, I assisted stylists to earn money. Ten years later, I moved to Los Angeles and got into it full time.” The stylist’s current top footwear labels include Jimmy Choo and Christian Louboutin, though recently she’s been drawn to Gianvito Rossi and Aquazzura. “They both do sexy-cool really well and have decent prices,” she said. What are her favorite shoes for her clients? Coulter said she gravitates toward styles with color — but don’t ask her to do a peep-toe. “I generally try to avoid it,” she said. One of her most memorable looks was on Michelle Williams at the 2008 Cannes Film Festival — a lacy vintage Chanel dress worn with Manolo Blahnik feather-trimmed sandals (shown on page 42). Said Coulter: “I remember hunting down those beautiful shoes on a rainy New York day.”

Rob Zangardi and Mariel Haenn
They’re the styling industry’s double threat. Zangardi began as a stylist at MTV, while Haenn started out as an on-set seamstress for music-video shoots. Today, the duo look for attention-grabbing looks and complementary footwear works for a celeb roster that includes Jennifer Lopez, Charlize Theron and Pharrell Williams. “The Christian Louboutin So Kate is the perfect pump. And Stuart Weitzman has the best simple strappy shoes if you need a basic shoe that is almost invisible,” Haenn said, also citing Gianvito Rossi, Alaïa and Casadei as favorites. The stylists aim to pump up their clients’ fashion factor, especially when it comes to shoes. “We try to bring [our clients] out of their comfort zones and push them to try new things — something timeless but with a twist, to keep them on the forefront of fashion rather than just following trends,” Zangardi noted. Their most memorable looks? The team cites Jennifer Lopez in Gucci at the 2011 Met Gala and Rachel  McAdams in Marchesa at the  2011 Cannes Film Festival.

Cristina Ehrlich
This power stylist had a more traditional career path, starting with being an assistant on commercials and music videos. Flash-forward to today, and Ehrlich is one of the most sought-after stylists in Hollywood, with a large roster of famous clients, including Allison Williams, Anna Kendrick, Tina Fey, Penélope Cruz and Margot Robbie. To help her clients stand out, she often designs and commissions custom shoes. “My friend designs for Unützer. Through her role [there], she has been creating shoes for my clients,” Ehrlich explained. She added that she makes sure to tailor her actresses’ looks to suit their personal styles. “I help them find their own aesthetic while creating beautiful, timeless moments on the red carpet.” Some of Ehrlich’s favorite looks include Williams in Armani Privé and Kendrick in Monique Lhuillier, both at this year’s Golden Globe Awards.

Ty Hunter
He’s the fashion force behind Beyoncé’s memorable outfits — from her show-stopping Met Gala gowns to her sizzling music-video looks — but Ty Hunter’s career as a stylist began in a much more humble context. “I started out as a window-dresser at Bui-Yah-Kah, a Houston boutique,” he said. “The Destiny’s Child girls would come in to shop. I met Tina [Knowles, Beyoncé’s mother], and I guess you could say the rest is history.” Labels he has in heavy rotation include Giuseppe Zanotti, Christian Louboutin, Jimmy Choo and, of course, Stuart Weitzman (her on-stage shoes). And while Beyoncé gives him freedom to take risks with her footwear looks, one thing is non–negotiable: The shoes must be dance-able. “I try to bring a hot, sexy shoe, but it’s very important that it remains comfortable,” he said.

Rachel Zoe
As the queen of her own ready-to-wear and accessories empire, Zoe has well surpassed her original role as a star stylist. While she’s long been a go-to expert for A-list celebs such as Cameron Diaz, Kate Hudson and Anne Hathaway, the world got to know her — and her obsessive love for fashion — from her Bravo reality show, “The Rachel Zoe Project.” When she’s not designing for her own footwear collection, Zoe is busy hunting down timeless styles for her clients. “On the red carpet, sleek, classic pumps and barely-there strap sandals are a must,” she said. “For long gowns and girls who err on the side of comfort, I always go for the platform.” Zoe counts Brian Atwood (who is a personal friend), Aquazzura and Charlotte Olympia as

red carpet favorites. Though she’s known for her love of sky-high heels, the stylist is feeling more subdued this season. “Classics are making a statement. It’s all about black pointy-toe lady pumps and ankle-strap sandals,” she said.