Street Style: The Best Shoes Off the Runway in Milan 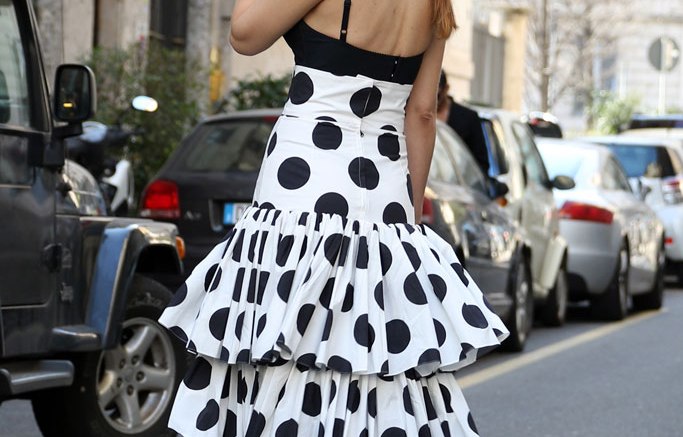 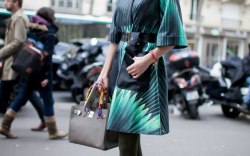 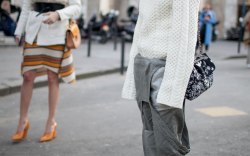 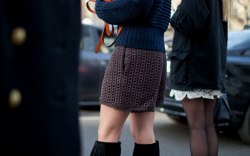 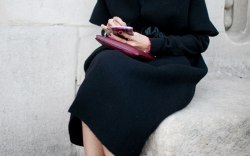 The best shoes aren’t always on the runway, as street-style fans can tell you.

Sometimes, the most stylish steps occur outside the shows: the fashionable peacocks — a mix of editors, bloggers and burgeoning style talent — try on and translate the latest trends, often with unexpected twists.

The athletic movement has been gaining momentum for several seasons now, usually paired with sportswear and slick tech fabrics and occasionally with couture (see also: Paris).

Milan’s style crew has opted for the latter translation, tempering structural dresses or digi-printed skirts with punchy jogging sneakers or signature Adidas kicks. The socks-and-pumps look, which has been wavering on and off catwalks for several winters now, looks to have found a reliable home on the heels of show-goers in Italy.

But this is Milan, after all, and glamour is at an all-city high, which means tiered polka-dot dresses with matching chunky heels and towering gold sandals befitting the holiday season with a fit-and-flare frock.

In case you missed FN’s pick for must-have street-style shoe for next season,  that honor belongs to Gianvito Rossi’s bunny pumps.

“It’s my version of something very playful, but still sleek and, of course, super-seductive without being vulgar,” Rossi told FN late last week.

On the runway, the latest shoes to catch our eye include Dolce & Gabbana’s mother-daughter collection, Bottega Veneta’s gold-foil footwear and Prada’s pretty boots.

Take a look at the gallery above for footwear inspiration to wear now.