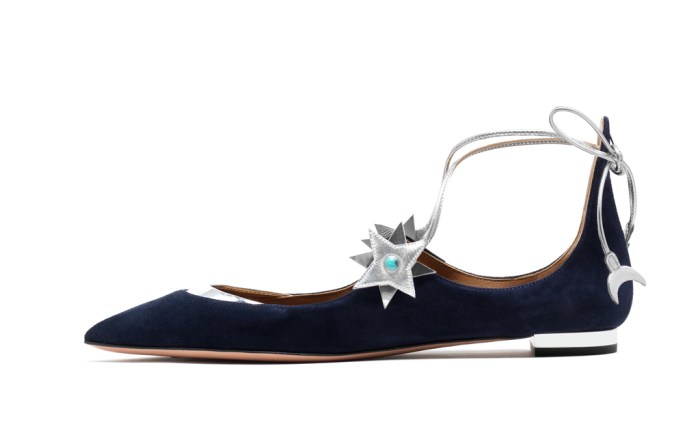 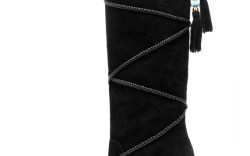 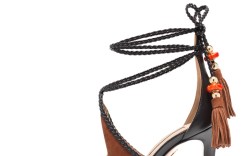 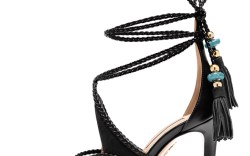 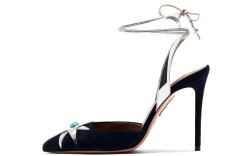 Aquazzura’s Edgardo Osorio is known for creating shoes expressly inspired by a worldly group of women who influence his work — from Olivia Palermo and Veronika Heilbrunner to Eugenie Niarchos.

His most recent fixation is British fashion plate Poppy Delevingne, with whom the designer has collaborated on a pre-fall ’16 capsule collection of footwear influenced by her distinct style.

Delevingne admits the partnership came about the old-fashioned way: from Osorio and Aquazzura co-founder Ricardo D’ Almeida Figueiredo pursuing her, and not vice versa. “They asked me! I first met Edgardo in Paris to talk about it, and he was as charming as he is talented,” she told Footwear News.

Her introduction to the brand came a couple of years earlier, when the statuesque sometime-model (and big sister to Cara) was given her first pair of Aquazzura’s popular Belegravia flats. “They are iconic. That’s where the love affair began,” she says.

Osorio feels that the old mode of designer and muse is outdated. “For me, it’s much more modern and interesting to approach the women that inspire me and create something dedicated to them as a one-off capsule,” says FN’s recently honored Designer of the Year. “That way, I can get out of my head and approach my work in a new way, which in turn helps with the creative process. Ideas definitely emerge that I wouldn’t normally have.”

Delevingne, who has been eagerly sharing the fruits of their labor on her Instragram, from the shoe boxes to her favorite styles, says Osorio helps spark her own imagination as well. “Edgardo’s shoes tell a story, and through all his collections, you can see how much he loves women. He celebrates them.”