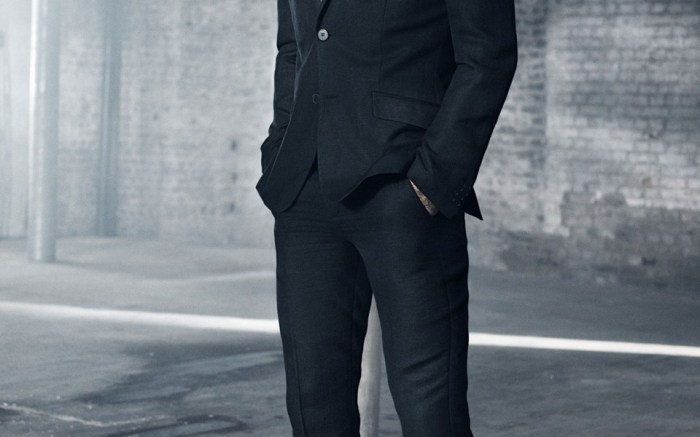 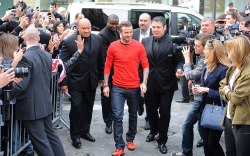 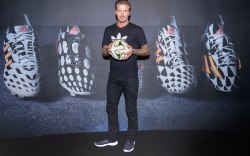 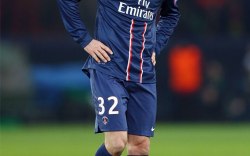 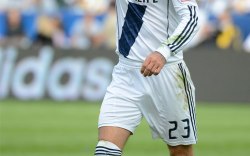 The pieces he has chosen include a linen bomber jacket, a denim jacket, a linen blazer, a polo shirt and a white poplin shirt. In one of the campaign shots, Beckham is featured wearing grey lace-up oxfords.

This collaboration follows Beckham’s successful Bodywear campaign that launched last summer, featuring the soccer icon in his underwear (again). Beyond underwear, Beckham’s $160 million lifetime contract with Adidas continues, as he was recently seen in Adidas’s Superstar campaign. Beckham has released many shoes with Adidas, including Climacool sneakers, Predator cleats, and ZX800s.

“I am thrilled to continue and extend my collaboration with H&M by selecting my favourite pieces from this Spring’s Modern Essentials collection,” Beckham said in a statement. “Each piece is a new wardrobe classic that will update every man’s spring wardrobe with great style. Marc Forster is one of my favourite directors — I can’t wait to reveal the new campaign with H&M.”

That’s film director Mark Forster, who shot “World War Z.” Said Forster in a statement: “Most of us are familiar with David’s innate sense of style and design. However, it was his acute eye for cinematic storytelling that struck me during the filming of this campaign. He doesn’t make H&M clothing look good — he makes it look great.”

Beckham will launch Modern Essentials, along with his spring ’15 Bodywear collection on March 5.

Check out a behind-the-scenes video of the campaign here, and see Beckham’s sportiest shoe looks.