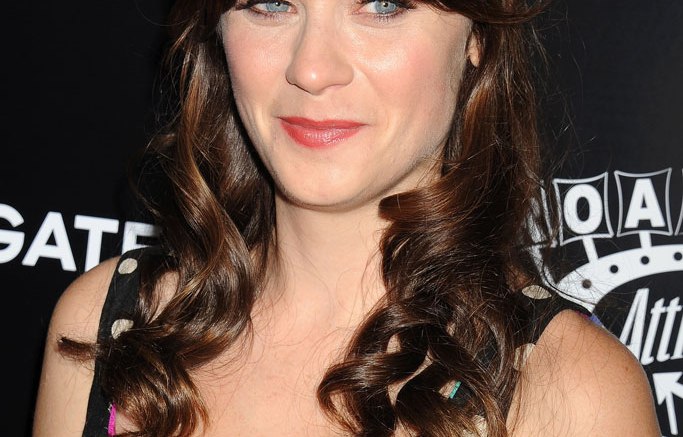 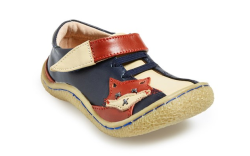 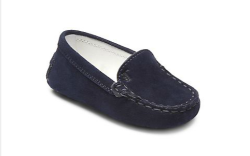 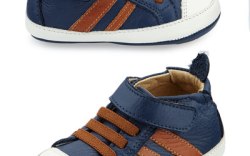 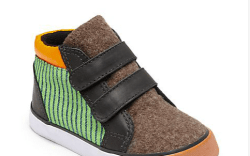 Actress Zooey Deschanel announced she is expecting her first child this summer, while sister Emily is expecting her second. Zooey, whose baby daddy is producer Jacob Pechenik, currently stars in the TV series “New Girl.” Deschanel’s sister, who stars in “Bones,” is married to actor David Hornsby and is the mother of son Henry.

To date, the sisters have not revealed the sexes of their upcoming babies. However, whether they are boys or girls, the moms will find plenty of options in baby shoes with a cool factor.

Zooey, known for her signature style that often harks back to the ’60s and ’70s, has even played fashion designer. Just last year, she did a spring capsule collaboration with Tommy Hilfiger, revealing her creative side. In fact, the actress used to even sew her own clothing as well as curating a large vintage collection with pieces found in Goodwill to the Salvation Army.

As a self-taught designer, she did, however, learn a few lessons from veteran Tommy Hilfiger. She might even decide to outfit her new arrival in looks she created, even turning the one-offs into a full-fledged fashion business.

More and more celebrities continue to put their name to fashion collections, with the Kardashian sisters launching a baby line called Kardashian Kids, sold exclusively at Babies R Us stores.

On the adult side of the business, names like Jessica Simpson, Lisa Rinna, Kris Jenner, Queen Latifah, Ivanka Trump, Serena Williams, and let’s not forget the late Joan Rivers, have all put their signature touch on collections.

Sometimes, an actress’ on-screen persona even overtakes her real life. Take Sarah Jessica Parker, now in the shoe business. However, it was her character Carrie Bradshaw that sparked the footwear collection, with Parker simply taking a walk in her shoes.