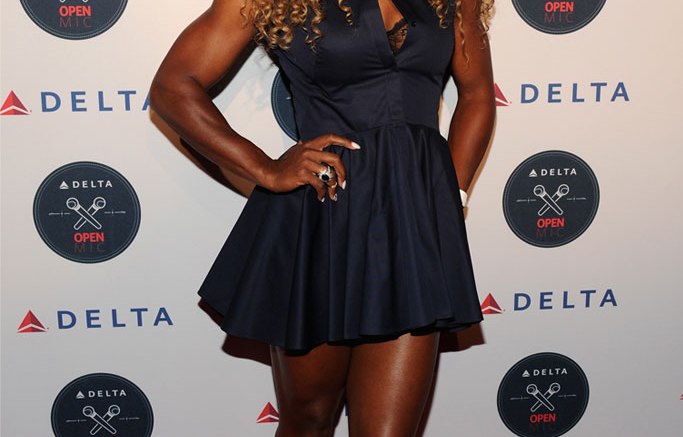 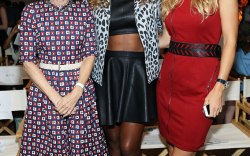 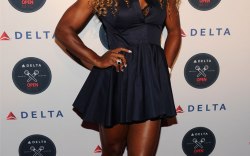 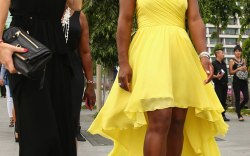 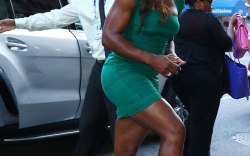 Serena Williams handily bested Czech opponent Andrea Hlavackova today in the first round of the French Open. And the No. 1-ranked tennis star was a bright spot on the court in more ways than one.

Known for her fierce style both on and off the court, Williams hit the clay at the Roland Garros stadium in head-to-toe bright colors, including a new pair of the custom Nike boots she’s been wearing all season, this time in a fluorescent orange-and-purple colorway.

Williams has been wowing in the fashion department since she hit France. Over the weekend, she attended a black-tie fundraiser in Monaco for the Champ’Seed Foundation, which was founded by her coach, Patrick Mouratoglou. There, she palled around with actress Eva Longoria and tennis player Caroline Wozniacki while stunning in a full-length gown that, to our disappointment, hid her heels.

But Williams, who clocks in at 5-foot-9-inches, rarely misses a chance to sport stellar heels. When not in her tennis sneakers, she can usually be seen in towering booties and pumps, often paired with short skirts and form-fitting dresses.

FN has curated a selection of some of Serena Williams’ best high-heel looks over the past couple of years, including moments from her victory tours in Australia in February and New York in 2013.