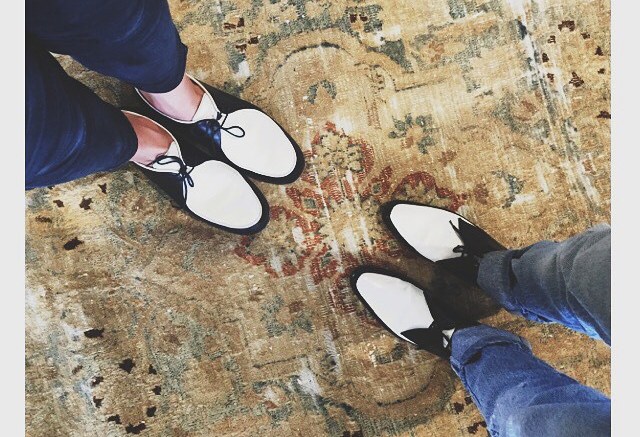 There’s been quite a bit of hype leading up to the debut of Kanye West’s Yeezy 750 Boost sneaker, and now that it has finally landed, we thought we’d take a minute to look back at the show.

With a front row that included everyone from Beyoncé, Jay Z, Diddy, Rihanna and Justin Bieber to Kendall Jenner, there was a lot to take away. Here are our four things to note from the big reveal:

1. North West (like any other 18-month-old) had a major meltdown — but hers took place in the front row. If only Anna Wintour had taken off her sunglasses so we could have seen her expression. Consider it Fashion Week training for the future, North.

2. Sia just got on the Kanye train with the debut of a new song, “Wolves.”

3. Is this fashion, or is this supposed to be athletic wear, or are we distinguishing? Either way, it’s a lot of spandex.

4. Kanye West on his sneaker line: “We have been limited. It’s bigger than even than I am in my present living. When I was on earth what did I do to help. I want people to think more. I want people ot feel like it’s okay to create and follow what their dreams are and  not feel boxed in. I want people to feel like awesome is possible.” Do with that what you like.

We’ve also rounded up a few of our favorite Instagrams of the week, covering everything from the Grammy Awards, the amfAR Gala and the kick-off of New York Fashion Week.