Johnny Depp Won’t Call Himself A Musician, But He Does Love His Rock Star Shoes 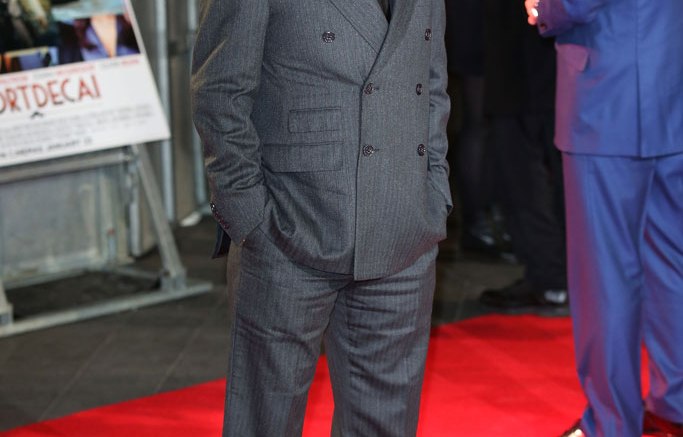 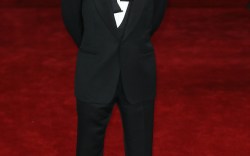 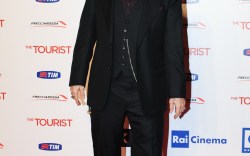 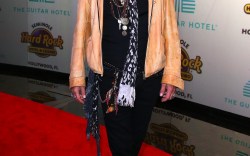 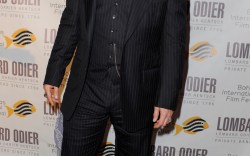 Johnny Depp is making headlines today for calling out fellow actors who dare to call themselves musicians. “That whole idea for me is a sickening thing — it’s always just made me sick,” he said of thespians recording albums, despite the fact that he dabbles in music frequently himself. Depp is full of contradictions, though, so this one makes a weird bit of sense. Just like the fact that he’s one of the biggest stars in the world yet looks a bit old-timey on the red carpet.

Depp talked about his love of music — and his reluctance to ever say “come see me play the guitar because you’ve seen me in 12 movies” — while promoting his latest film, “Mortdecai,” in Berlin. On this press tour, he’s been wearing respectable suits, paired with some slightly scuffed boots we’ve seen him wear on other occasions. They’re not as bad as the combat boots he wore on the red carpet for probably more than 10 years.

Sometimes it’s hard to tell whether the “Pirates of the Caribbean” star has been stealing from his wacky characters’ wardrobes or if costume designers have simply been taking their cues from Depp. His style swings from pirate to gypsy to 1920s gangster to cowboy to timeless Tim Burton character, but he still manages to look distinctly Johnny Depp.

His footwear is a bit more steady, and strangely practical. Perhaps in homage to his ’90s heartthrob status, he’s still a big fan of those thick-soled T.U.K. Creepers that recently made a comeback. Though he’s been seen at awards shows in beat-up boots, he’s also appeared in a series of spiffy two-toned wingtips. He’s brought out the spats on a couple of occasions as well, most recently at the 2014 Met Costume Gala.

And at least one pair of Depp’s scuffed boots has an origin story befitting a celebrity: Martino Turri, designer for Italian bootmakers A.S. 98, told Forbes that he tacked a photo of the actor to his wall when he was redesigning the brand six years ago. Eventually, the brand sent a pair to Depp, who not only sported them in public but also asked for two more pairs for his friends Ronnie Wood and Keith Richards of the Rolling Stones.

So no, Johnny Depp is never going to make you buy his album just because you loved Jack Sparrow. But he might take a pair of free shoes if you offer them.