Joan Collins Stars in E!’s ‘The Royals’ — Follow Her Fashion Footsteps Over the Decades 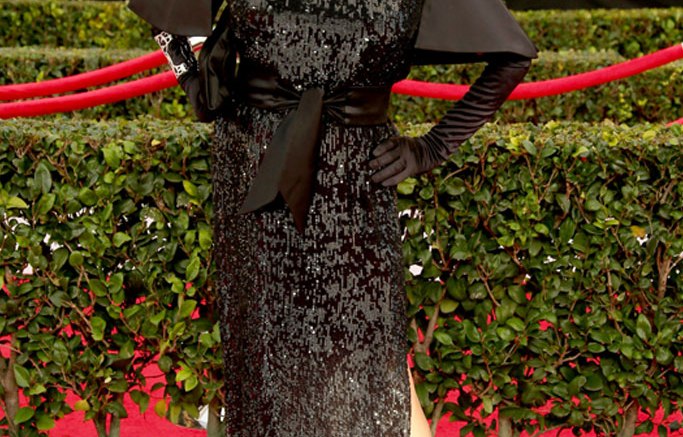 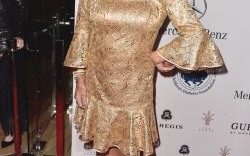 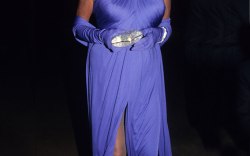 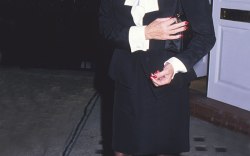 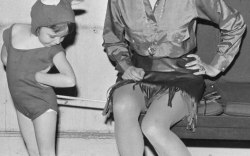 Hollywood icon Joan Collins is about to endear herself to a new generation. Best known for her role in the ’80s hit TV hit “Dynasty,” in which she played the scheming Alexis Carrington Colby, the 81-year-old actress has snagged a role in the upcoming E! series, “The Royals,” set to air on March 15.

The first-ever scripted series from the network, “The Royals” chronicles the drama, secrets and scandal behind a fictitious royal family, with Collins assuming the persona of the Grand Duchess of Oxford, a perfect fit for the British-born actress. In 1997, Queen Elizabeth II awarded Collins the title of Officer of the Order of the British Empire for her contributions to the arts and charity.

It seems Collins is a hit with the E! Fashion Police team, known for their all-too-honest opinions of celebrity fashion. On the red carpet at the 2015 SAG Awards, Kathy Griffin crowned Collins “Best Dressed.” And on Feb. 2, the actress will appear as a special guest on the show, where word is she will be talking about the fashion of the ’80s, an era Collins knows all too well from “Dynasty.”

With big hair and broad shoulders, the actress’ on-screen persona embraced the style of the decade. Many viewers watched the show just for the wardrobes, which were always over the top. Collins also wore her share of lavish jewelry, especially big earrings.

Taking a style page out of her friend Liz Taylor’s book, Collins was never one to shy away from glam, from her throwback hairdos to power makeup.

When it comes to her footwear, however, she’s often more on-trend, opting for a pair of pumps — from a ’60s low-heel with an Audrey Hepburn vibe to sexy black high-heel pumps.