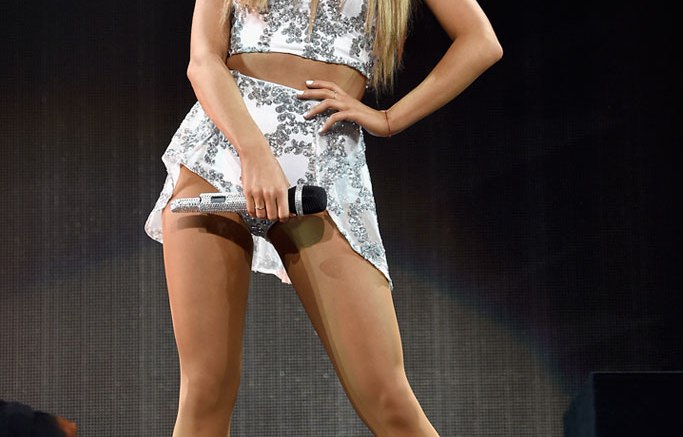 The first performers for this year’s Grammy Awards were announced on Tuesday morning, stirring up excitement for the February 8 show. Madonna, Ariana Grande, Ed Sheeran, Eric Church, and AC/DC will be taking the stage of the Staples Center next month. Quick quiz: Which of the above also designed a shoe line last year?

That would be Eric Church, who designed a collection of boots with Lucchese and sold them exclusively on his world tour last fall.

That’s not to say the other performers aren’t big influencers in the footwear world too. Ariana Grande has been wearing white Saint Laurent Janis pumps on an off the stage to accompany her spritely look.

Ed Sheeran is your typical low-key singer-songwriter, in terms of style, though he does appear to be a bit of a sneakerhead.

And then there’s AC/DC guitar hero Angus Young, who is still rocking that schoolboy shorts-tube-socks-black-sneakers look a middle-aged man can only pull off if he’s very, very talented.