Will ‘Ghostbusters’ Stars Melissa McCarthy And Kristen Wiig Be Wearing Those Combat Boots? 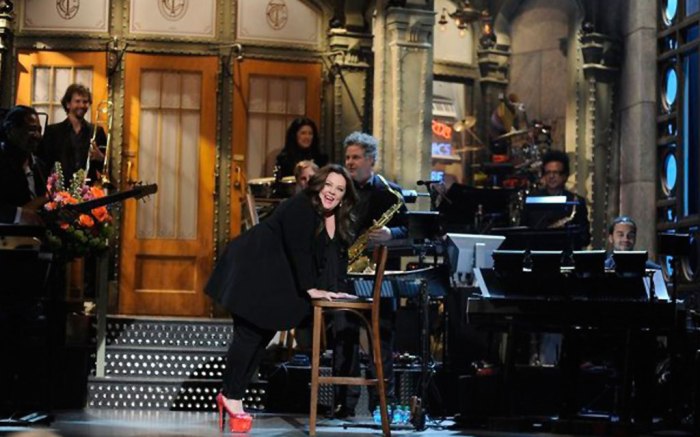 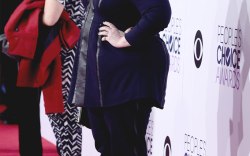 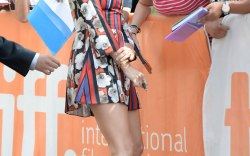 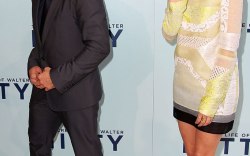 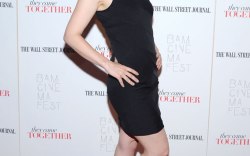 Melissa McCarthy has officially signed on for the “Ghostbusters” remake, and word is that Kristen Wiig, Kate McKinnon, and Leslie Jones will be joining her and “Bridesmaids” director Paul Feig. The only way this is not the best news ever is if you hate laughing. Or if you fear the sight of women in jumpsuits and combat boots. That is, if the new all-female team dons those iconic exterminator uniforms worn by Bill Murray, Dan Ackroyd, Harold Ramis and Ernie Hudson back in 1984.

The movie is set to begin shooting in New York this summer, with a projected release date of July 22, 2016, Feig said on Twitter Tuesday. Comedy fans have been speculating for weeks about this all-female cast. Now it’s time for fashion watchers to anticipate a round of great premiere and press-tour looks on these funny ladies next year.

McCarthy has had a lot of fashion hits and misses in the years since her breakout “Bridesmaids” moment, but with a best friend like Brian Atwood, at least her feet are always in good hands. She even featured a pair of his ruby-red platform heels in a hilarious opening monologue on SNL in 2013, with slapstick humor worthy of Lucille Ball. She’s also launching her own fashion line in fall ’15, so look out for even bigger shoe moments from her.

Wiig likes to take the occasional fashion risk, and even though she has had her share of fails, she’s always one to watch on the red carpet.

SNL stars McKinnon and Jones are relatively untested in the fashion world. McKinnon was a stunner at last year’s Emmys, and so far she’s been seen in some eye-catching animal print heels at events. Jones joked on her website that she started playing basketball in high school for the free shoes, and she’s still seen off stage in some killer high tops. She also knows how to dress up — and doesn’t make that tall-girl mistake of shying away from heels.

The question remains: Who are they gonna call for their ghostbusting footwear this summer?