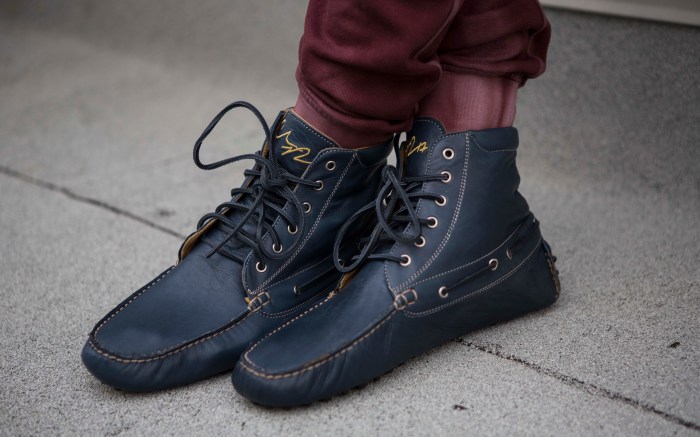 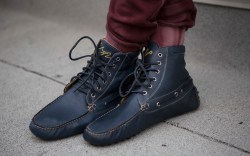 Chandler Parsons, small forward for the Dallas Mavericks, is giving some kick to high-end men’s lifestyle brand Del Toro. The 26-year-old has joined the Miami-based company as its new brand ambassador.

As part of the partnership, Del Toro Shoes will release a limited-edition collaboration with Parsons — a Molto Alto driving-inspired boot that will sport the athlete’s signature on the tongue embroidered in gold thread. The series will be available in navy and red and retail for $365. It will debut next month exclusively at The Webster, a high-end boutique in Miami Beach, Fla., and the Del Toro boutique, also in Miami. A portion of the proceeds of the sale of the shoes will be donated to the American Cancer Society.

This is not Parsons first foray into the world of fashion. He also has a signature sock collection with Stance Socks and an apparel line with ANTA.

For Matthew Chevallard, co-founder and creative director of Del Toro, the athletic world continues to be a source of inspiration. According to the designer, he did the shoes for the Seahawks’ championship win last year, due to his friendship with several of the team’s players and the brand’s affiliation with Nordstrom.

Prior to that, for fall ’14 Chevallard has worked with Russell Westbrook, of the Oklahoma City Thunders, on an exclusive collection for Barneys. Chevallard has also shod fellow NBA players such as Dwayne Wade, LeBron James and Chris Paul, who’ve opted for his chukkas, while Carmelo Anthony has picked up his wingtips.

After footnoting NBA players, Chevallard may one day do the same for the WNBA players with his companion women’s collection.