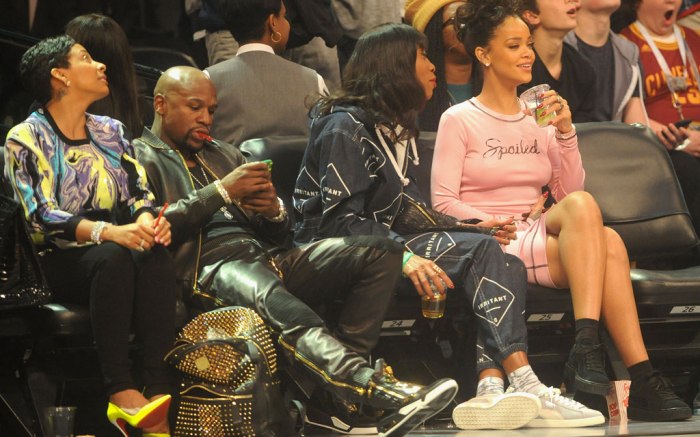 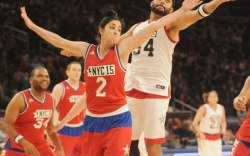 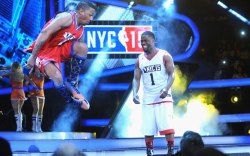 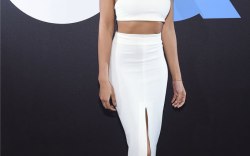 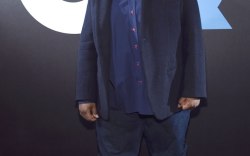 The fact that New York Fashion Week and NBA All-Star Weekend took place at the same time — and just a bridge-hop away from each other — made for some excellent celebrity sightings at both events.

Not that each one isn’t typically already great for star-watching, but this year, the style demands of the former somehow influenced the attire of everyone attending the latter. And at least one attendee of both — Nicki Minaj — decided not to bother with a costume changes between Saturday’s game and the Alexander Wang runway show. Why waste a good see-through ensemble and cut-out booties?

Of course, the games were primed to show off the latest sneaker styles, particularly Friday night’s celebrity game, which pitted the likes of Sarah Silverman and Ansel Elgort on the East team against the West, whose Win Butler (Arcade Fire’s frontman) lived up to his name. Maybe Spike Lee should have stepped away from his coaching position and channeled Mars Blackmon to take his team to victory.

Kevin Hart, Nick Cannon, Questlove and Common brought their best shoe games to various red carpets throughout the weekend. Floyd Mayweather Jr. used his court-side seats to show off his fanciest footwear. Only a couple of celebs, including Adrian Grenier and Joe Jonas, treated the game like any old basketball matchup and failed to trot out something special for the event.

Rihanna showed how to make denim-on-denim look dainty (pink sandals!), while Queen Latifah stepped up to the mic for the national anthem in simple camel peep-toe booties. Ariana Grande wore her signature stilettos onstage during halftime on Sunday (this time, with a cheerleader uniform).

As temperatures dipped to near-record lows, one thing was clear from a peek at the leather jackets and sandals worn by many of these famous folks: Their limos pulled up very close to the heated entrances.