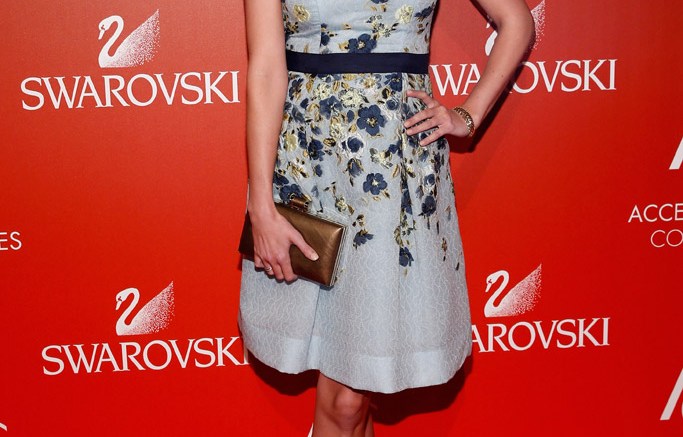 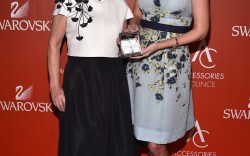 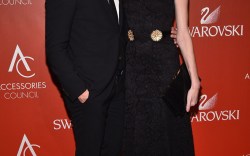 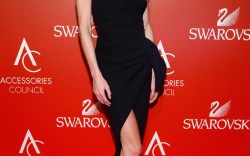 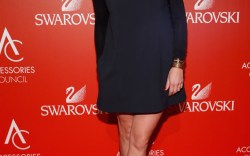 The Accessories Council celebrated its 19th Annual ACE Awards on Monday night in New York City by honoring individuals and companies that have furthered the awareness and use of accessories. Among 2015’s winners were shoe designers Ivanka Trump and John Varvatos.

The ACE Awards are presented to designers, brands, retailers, celebrities and media that have helped to enhance sales and promote accessories, which is right in Trump’s wheelhouse. The entrepreneur not only has her own shoe line, but also fine jewelry, handbag and eyewear collections.

Before accepting the Breakthough Award from Carolina Herrera, Trump told Footwear News, “It’s a total honor. I’m very humbled by this. For my team, it’s an incredible validation of our hard work. The award is based on both the product design and our brand message and narrative.”

Since launching footwear, Trump says she has more respect than she’s ever had for the amount of work that goes into creating something amazing, unique and different, while rooted in function.

“I think function is so important for the women I’m dressing. She’s working really hard and she needs that pair of shoes in the office, she wants them on a date with her husband and she wants them on the walk to work. So creating the functionality, but having it be incredibly polished and chic and stylish, is a balance — and it takes a lot of work.”

On the menswear side, Varvatos hit a major milestone. “This is the first time the ACE awards have given a menswear designer the Designer of the Year award,” he said on stage. “I think that says a lot about the menswear industry right now. We’ve really come into our own and we are kicking ass right now. I am very honored to accept this award for the men’s industry and for all the menswear [brands] that have to put up being in the basement of all the department stores. God bless you all for acknowledging this.”

See who else made an appearance at the ACE Awards 2015 in the gallery below.