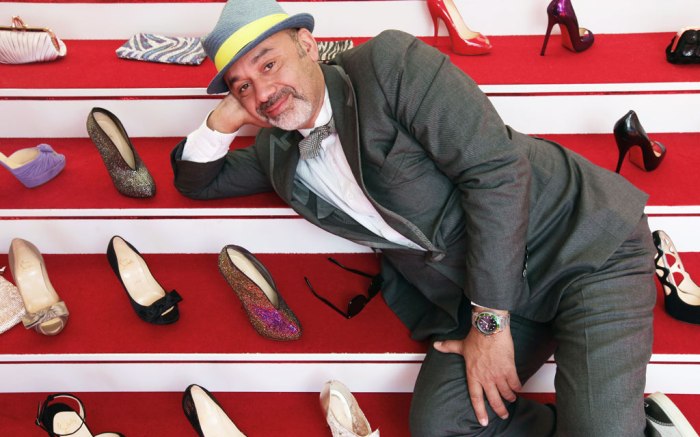 Christian Louboutin will be taking home the award for Marketer of the Year at the 29th annual FN Achievement Awards on Dec. 2. This award acknowledges the brand’s success in marketing surrounding its #LouboutinWorld social media campaign.

In January, the designer launched the hashtag initiative after teaming up with visual marketing platform Olapic to source and curate user-generated images of Louboutin shoes. The photos were then displayed on the brand’s website to increase engagement and bring fans into the Louboutin universe.

To date, hundreds of thousands of photos have been uploaded by fans to Facebook, Twitter and Instagram with the hashtag in hopes of being featured on the website. According to Olapic CEO Pau Sabria, Louboutin personally approves the photos before they go live.

While other labels opted this year to feature celebrities in their ad campaigns and on social media, Christian Louboutin scored major success by focusing on what the brand considers the “true stars” behind the red-soled shoes — the customer. On Facebook, Twitter and Instagram, Louboutin features consumers in current and past-season favorites, showing the heels on real people and in real time. In 2015 alone, #LouboutinWorld has driven more than 200,000 pieces of user-generated content.

The campaign was a unique — and surprisingly democratic — move for a luxury company, but accomplished that coveted goal of connecting with customers across the globe. Indeed, the brand’s Instagram account just hit 6 million followers, nearly doubling in size since the #LouboutinWorld launch.

Now in its 29th year, the FN Achievement Awards have recognized the biggest talents in the shoe business — including Christian Louboutin himself as Person of the Year in 2010. Past marketing winners have included Vans, Tod’s, Cole Haan, Reebok, Kenneth Cole, Adidas and Nike, as well as last year’s winner, Stuart Weitzman.

Stay tuned at Footwearnews.com for more award announcements and click through the gallery below to see highlights from past FNAA awards ceremonies.