What Fans Wore to US Women’s Soccer Parade 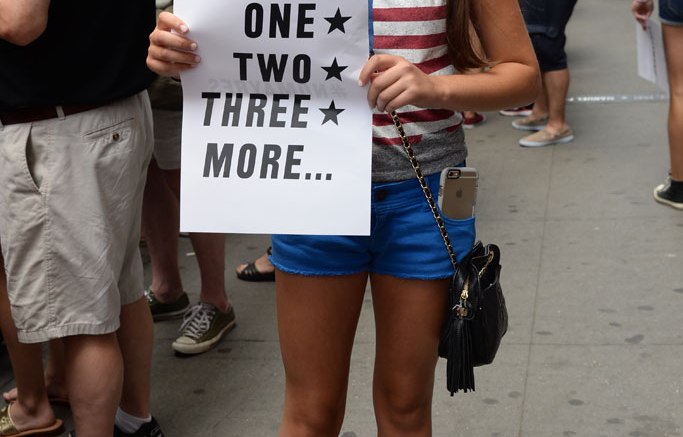 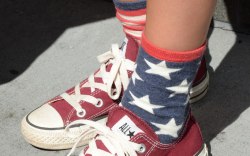 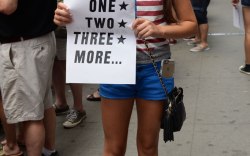 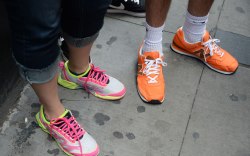 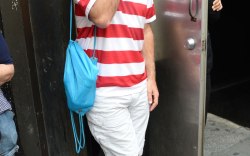 The dress code was red-white-blue-and-sporty this morning as New Yorkers flocked to Lower Manhattan to celebrate the U.S. women’s national soccer team and its victory at the 2015 FIFA Women’s World Cup in Canada.

The team was honored with a ticker-tape parade through the Canyon of Heroes, which extends along Broadway from Battery Park to City Hall. Fans of all ages began lining the streets well ahead of the parade’s start and came decked out in their most patriotic gear, from official U.S. team jerseys to American flag-inspired socks, shorts, T-shirts, dresses, capes, wigs and, of course, shoes. (Maybe they saw our suggestions about Americana-themed footwear options.)

And in keeping with the sports theme of the day, parade-goers kept things casual — and comfortable — in a range of athletic sneakers from brands like Converse, Adidas, New Balance and Nike (a fitting choice since the brand sponsored many of the team members). Fans also dressed for the summer heat in flat sandals and canvas boat shoes.

The U.S. women’s team is just the latest in a long line of American and international heroes to be thrown a parade in New York — in fact, they’re the 206th. The most recent was the 2012 New York Giants following their Super Bowl win, but other honorees have included Nelson Mandela (1990); Pope John Paul II (1979); Neil Armstrong, Buzz Aldrin and Michael Collins (1969); Amelia Earhart (1932) and Theodore Roosevelt (1910).