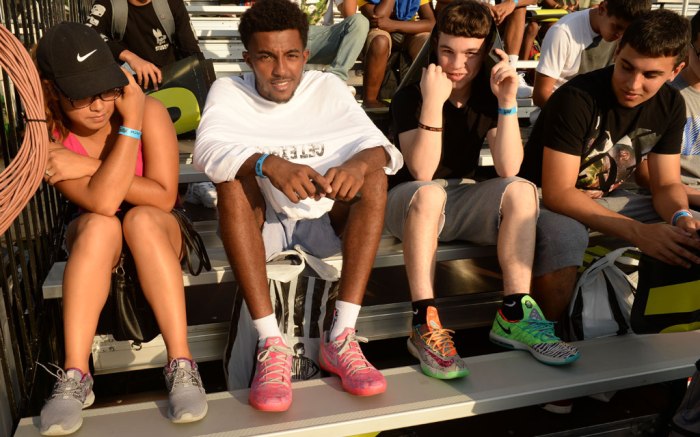 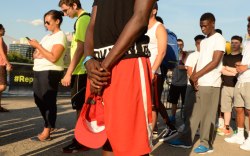 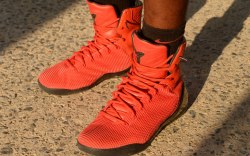 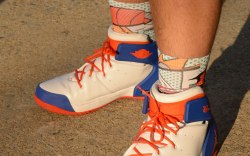 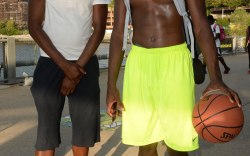 The future of basketball was on display in Brooklyn, N.Y., over the weekend as Under Armour’s Elite 24 exhibition event took over Pier 2 in Brooklyn Bridge Park. Two dozen of the best high school athletes had the chance to show off their skills to friends, family, college coaches and scouts during a three-point and dunk contest on Friday and at the big game on Saturday, which Team Do Be Doo won in a narrow 111-110 victory over Team EZ Pass.

But kids in the crowd were doing a little showing off as well, sporting the flyest basketball kicks from some of their favorite pro stars.

Kevin Durant’s signature Nikes were a popular choice. In particular, we spotted the KD 5 in the out-of-this-world “Extraterrestrial” colorway, and couldn’t help but notice a pair of wildly patterned What the KD 6 kicks.

Representing LeBron James fans out there was the “Blue Hero” version of his LeBron 11 Elite style, while the athlete’s Nike Zoom Soldier VIII also made an appearance in a special “Hornets” colorway.

And as befitting an Under Armour-sponsored event, there were multiple Stephen Curry shoes in the crowd, too, including the Under Armour Curry One Low in “Scratch Green” and in the MVP’s classic blue-and-yellow team colors.

But the king of the court still reigns. Michael Jordan’s signature sneakers were by far the preferred footwear – for both guys and girls. We spotted his-and-her pairs of the Air Jordan 5 Retro in midnight navy, and a sleek pair of the Air Jordan 14 Retro in black and yellow.

Click through the slideshow to get a closer look at some of Brooklyn’s finest sneakers.