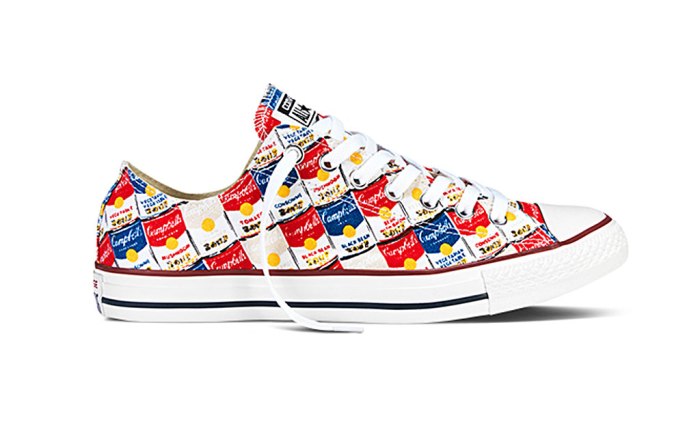 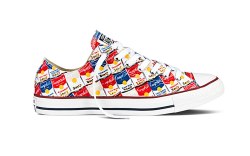 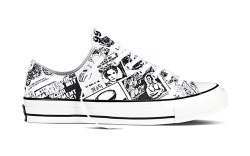 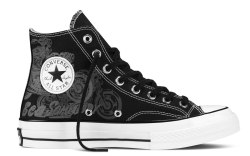 The athletic and art worlds will be sharing the spotlight on January 20, when the iconic Converse Chuck Taylor All Star kicks are used as a canvas for the work of the late Andy Warhol.

Beginning on February 7th, Converse will debut a collection of styles featuring the art of the legendary Warhol. The series is the collaboration of Converse and The Andy Warhol Foundation for the Visual Arts, a non-profit. The signature unisex high-top style will be available in a wide range of colors and retail from $65 to $95. It will be available exclusively in Converse stores and on Converse.com.

Converse is also putting its best foot forward by taking the collaboration to the next level with an art auction on January 27 at the Joshua Liner Gallery in New York. The auction will feature work inspired by Warhol created by contemporary artists including Caleb Neelon and Ron English. Proceeds from the sale will benefit The Andy Warhol Foundation for the Visual Arts.

The collaboration is just in time for a string of 40 exhibitions of Warhol’s work to be presented at university art museums and institutions. Behind it is The Andy Warhol Foundation for the Visual Arts, just finishing up its final and record-breaking round of donations and beginning a new chapter concentrating on grant-making.

The Converse connection is not Warhol’s first brush with footwear. Back in the ’50s as a commercial artist, he did whimsical shoe designs for such labels as I. Miller shoes.

For those who want to flip through Warhol’s shoe repertoire, they can pick up a copy of “Shoes, Shoes, Shoes: The Autobiography of Alice B. Shoe” on Amazon.com . The book of Warhol’s shoe illustrations comes complete with fun sayings by the artist that include, “I decided that being a shoe salesman is a really sexy job.”