Newbark Shoes: How Maryam and Marjan Malakpour Keep It Cool in L.A. 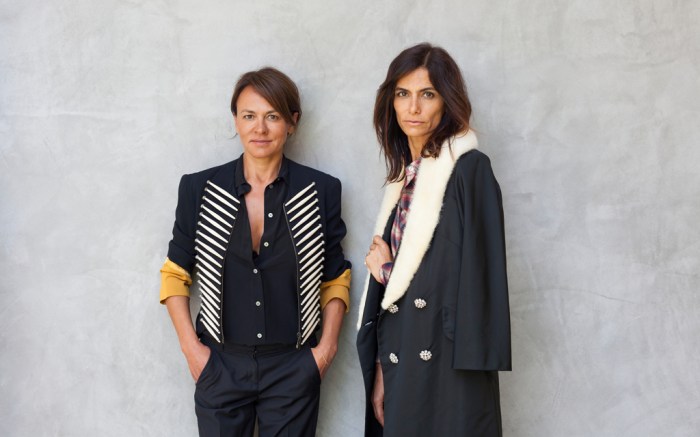 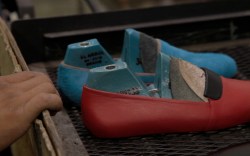 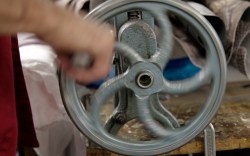 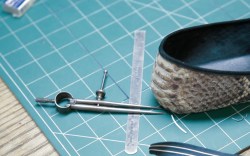 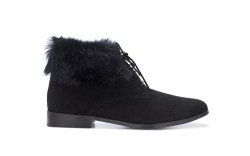 While most high-end designers require a passport to visit their footwear factories, the Malakpour sisters need only a quick zip on the freeway to reach their label’s production hub in downtown Los Angeles. “Oh yes, the commute is a definite advantage,” said Maryam Malakpour, co-founder of Newbark. “I get in my car rather than an airplane.”

Another advantage to keeping things local: Sampling and manufacturing time is shortened significantly, said Marjan Malakpour. “Your turnaround can be overnight, as opposed to weeks, and there’s no time change to contend with or waiting ages to hear back on something,” she said.

Since launching Newbark in 2009, the two have proudly stamped their soles with “Handmade in Los Angeles.” In the process, they have become champions of the resurgent L.A. design community, which Maryam acknowledges had become mainly associated with “swimwear, T-shirts and denim.”

“We were one of the first to create luxury items out of L.A.,” Maryam said of the company’s shoes and leather goods, which start at $300 for slides.

“With Luciano, we developed our first foldable flats, which were created because we couldn’t find anything like them,” recalled Maryam.

“He has this great hand and knowledge, too,” added Marjan, noting that Andrade’s factory also produces intricate traditional Mexican cowboy boots. “All of our Newbark original and split-sole styles are still made there today,” she said.

(Click through the slideshow for a peek into the factory, and to preview fall ’15 styles from Newbark.)

To introduce more structured looks into the line, such as natty loafers and their new men’s shoes, the Malakpours enlisted the Lala Land factory in downtown L.A. “It’s like something you would find in Italy in terms of machinery and technique,” said Marjan, noting that other brands, such as L’Agence and Band of Outsiders, have started producing there as well.

And when the sisters wanted to create some rockstar-worthy boots, they chose a factory that also makes footwear for firefighters and police officers. “We got an email from the Beverly Hills Police Department’s PR team to thank us for the [shout out],” said Maryam, who heads creative direction for the company while sister Marjan acts as CEO, focusing on business development and administration.

To build their label, the duo relied on guidance from mentors that included designer Roland Mouret and Natalie Massenet, founder of Net-a-Porter. (The brand initially launched with the e-tailer.)

“Natalie saw something in us from the very beginning,” said Maryam. “I called Roland up to ask if an exclusive with them was a good idea. He was like, ‘Are you crazy? Do whatever she says.’ We listened, and of course, he was right. The site is still one of our strongest partners.”

Newbark’s retail coverage has since blossomed globally to include Intermix, Beymen, Matches, Lane Crawford and Le Bon Marché, which will host a pop-up in May. This spring, the sisters also debuted a collaboration with J.Crew.

Each season, the collection continues to grow and garner buzz at a healthy rate. Sales have risen 20 percent in 2015 thus far, according to the brand. That uptick has been aided, in part, by support from starry clients and the fact that discerning tastemakers such as Mary-Kate and Ashley Olsen and Vanessa Traina have been spotted in Newbark’s Claude and Jack loafers.

The Malakpours also acknowledged that the locavore movement and America’s pressing need for job creation have worked in their favor lately, despite some early reservations. “I remember that initially, we’d be in Paris taking appointments and were hesitant about how people would respond to a designer shoe made in Los Angeles. Would they think it’s weird?” Marjan said. “But there were a lot of retailers who immediately embraced the fact that we were U.S.-made, especially Americans. For them, it’s very important — even more so now than when we started,” added her sister.