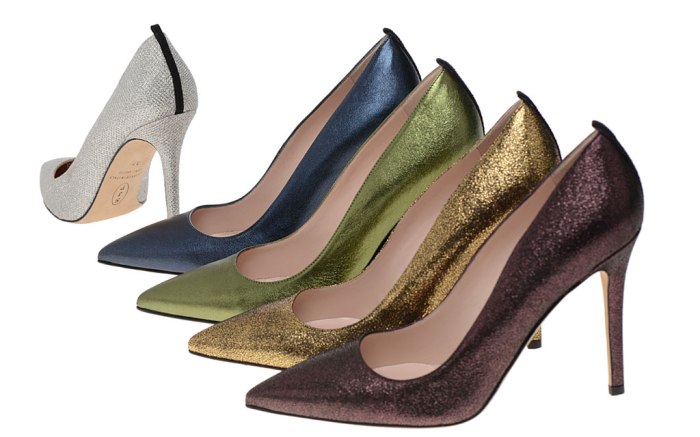 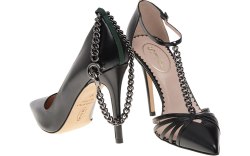 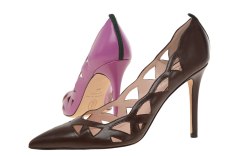 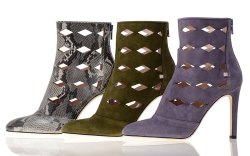 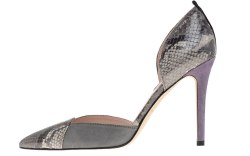 Sarah Jessica Parker’s pre-fall collection is here. Behold, FN has a behind-the-scenes look at her top picks from the SJP line.

“We are so excited to give you a sneak peek of our pre-fall 2015 collection. It’s thrilling to see the ideas we’ve imagined and dreamed of for so long come to life,” Parker told FN.

“A gorgeous new palette of colors. New skins and materials. Chain detailing. A bold new shade of grosgrain up the back. I think you’re in for a treat, and hope you’re just as excited as I am,” she added.

Of course we are excited. Metallics certainly make a statement across styles, paired with glitter and animal- and tweed-inspired touches.

The Carrie gets an update, and SJP highlights other names, like Linda, Naomi, Sasha and Fawn.

When the initial launch was underway for February 2014, the “Sex and the City” star said the names are close to her heart. “Some of them are names I couldn’t use for my daughters, since I only have two,” Parker said.

So are there any looks named after twins Tabitha and Marion? “No, it’s bad luck.”

Recently the line expanded to the Middle East, including Harvey Nichols in Dubai, and hit Zappos Couture (after launching exclusively at Nordstrom).

Here, a few more sound bites from the star:

Must-haves for the collection:

“It wasn’t as inexpensive as I would have liked it to be, but I wanted a really quality shoe. So it’s been fun to wear them, and I wouldn’t do it any other way.”

On the loyal “Sex and the City” audience and its new generation of viewers:

“I’m stopped on a daily basis more often than I was a few years ago. It’s really interesting how the audience has grown. There is a new generation of women who have a new relationship with the show and those characters.

“There’s something strangely fortifying about that. I spent a lot of years doing it, and doing it with people I love.”