Unisex Shoes: Are They the Next Big Thing? 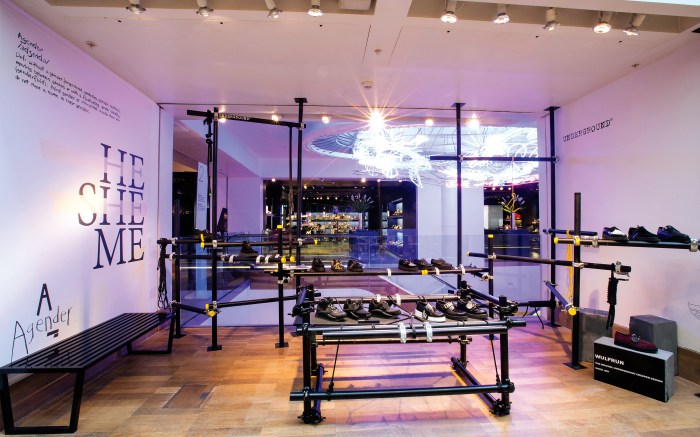 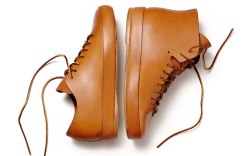 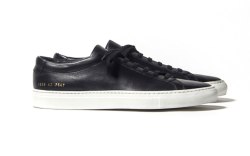 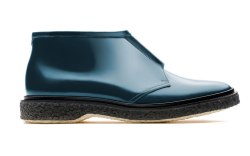 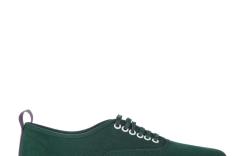 When models emerged onto Hood By Air’s fall ’15 runway wearing nude stockings over their heads, it was tough to tell if they were women, men or bank robbers.

Since the brand’s inception, designer Shayne Oliver has made blurred gender identity a signature of his presentations, and other brands have lately followed suit.

Genderless fashion was indeed a widespread concept at the fall shows. In New York, Public School presented its latest collection on models of both sexes, showing looks not specifically intended for one or the other. The trend continued in Paris with Raf Simons, who outfitted men and women in his reworked versions of the classic Adidas Stan Smith sneaker.

Click through the slideshow to see more examples of unisex footwear.

“We’ve seen a cross-pollination of women’s wear and menswear for some time,” said Linda Hewson, creative director of Selfridges. “International brands and designers are showing [men’s and women’s collections] together, or menswear pieces on women and vice-versa.”

Recently, the unisex theme has evolved beyond runway theatrics and found a home at retailers like Selfridges and Dover Street Market, which have embraced genderless offerings.

Concept shop Dover Street Market was one of the first to explore the idea: It forgoes traditional segmented floors and instead divides the store by brand, so customers shop men’s and women’s collections simultaneously.

On March 12, Selfridges launched the Agender retail concept, stretched over three floors of its Oxford Street flagship in London. For two months, the store will house five unisex lines and more than 40 brands meant to be worn by either sex. Participating footwear labels include Givenchy, Giuseppe Zanotti and Golden Goose, as well as U.K.-based brand Underground, which produced two exclusive unisex creepers for the project.

“Agender feels like a very natural thing to do right now,” said Hewson. “Many of our female customers don’t think twice about shopping the menswear floor. Increasingly, we see men buying women’s ready-to-wear and accessories, too.”

While it’s refreshing to see some retailers bringing the concept to the forefront, a number of larger retailers have shied away from the idea. Stores like Bergdorf Goodman and Saks Fifth Avenue still retail in quite a traditional manner.

Whether the movement is affecting footwear sales is unclear. The NPD Group Inc. identifies shoppers only as men or women and does not take into account those who prefer to not identify with a specific gender.

However, the rising trend has certainly affected how footwear designers approach their offerings. Brands such as Eytys, Feit and Common Projects have pursued broader size runs and simpler designs in hopes of appealing to all customers across the board.

“We constantly have women asking us to size down our men’s-only styles,” said Tull Price, co-founder of Feit. “I design mainly for men and then tweak the shape, colors and materials to make them more appropriate for women.”

Max Schiller, co-founder and designer of sneaker brand Eytys, explained: “I never have a specific gender in mind in my design process. I don’t even know what it means when a color or material is ‘masculine’ or ‘feminine.’ To think in those terms is a dated, conservative mindset.”

In a market of sameness, the genderless movement perhaps makes way for footwear design that’s unbound by practical thinking.

Paul added that genderless fashion could prove to be more than just a fad — as long as the shoes continue to be enticingly made, of course. “It’s less about clients seeking out particularly androgynous pieces,” he said. “They just appreciate good design.”

One Brand to Watch:

The unisex fashion movement has allowed smaller genderless brands to thrive. Footwear designer Nik Kacy, who self-identifies as gender-fluid, launched a footwear line on the crowdsourcing platform Kickstarter in February that has surpassed its $36,000 goal. All of the shoes are handmade in Portugal and range from size 36 to 44. “From a young age, I wished I could wear all the men’s shoes I saw on the street,” said Kacy. “I was looking for shoe styles I loved that could fit my feet and trying to fit into [men’s sizes] by stuffing socks or insoles just felt degrading and embarrassing.”