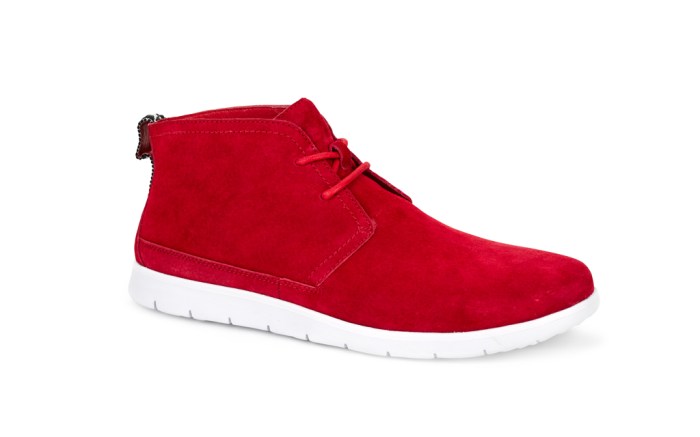 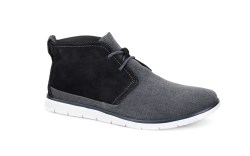 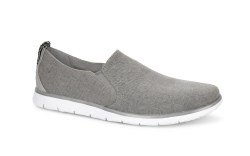 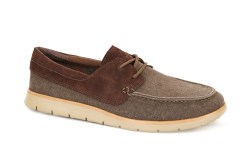 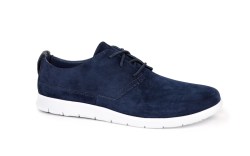 Ugg Australia has lightened up for spring.

This week, the Goleta, Calif.-based brand will start promoting its new Treadlite by Ugg collection, featuring a proprietary rubber outsole aimed at reducing weight while providing durability, grip traction and a cushy ride.

The technology has been added to a series of six casual men’s footwear styles, including boat shoes, slip-on loafers and chukkas. The line is available now for $70 to $110 at Ugg’s brick-and-mortar stores and online, as well as through select retailers such as Nordstrom, Lord & Taylor, Zappos.com, Dillard’s and Bloomingdale’s.

To spread the word, Ugg reached out to a group of men who spend a lot of time on their feet: pro hockey players.

Last month, the brand hosted an on-site VIP lounge for team members of the Los Angeles Kings and San Jose Sharks during their practices for the 2015 Coors Light NHL Stadium Series in Santa Clara, Calif.

This marked the first collaboration between the NHL and Ugg, though Ugg is no stranger to the athletic world — Tom Brady has been a lead spokesman since 2010.

“With the NHL’s dedicated men’s fanbase, we felt the Stadium Series was the ideal platform to celebrate the launch of our new Treadlite technology,” said Nancy Mamann, VP of marketing for Ugg. “The audience was ideal, bringing together athletes and media under one roof to try on and experience the product firsthand.”

Mamann said the athletes’ overall reaction to the Treadlite collection was very positive. In fact, the Arizona Coyotes heard about the line through social media and requested pairs for themselves, she said. Ugg delivered, surprising the team before their game on Thursday, Feb. 26.

Want to know what all the fuss is about? Check out Ugg’s Treadlite commercial that began airing this week: