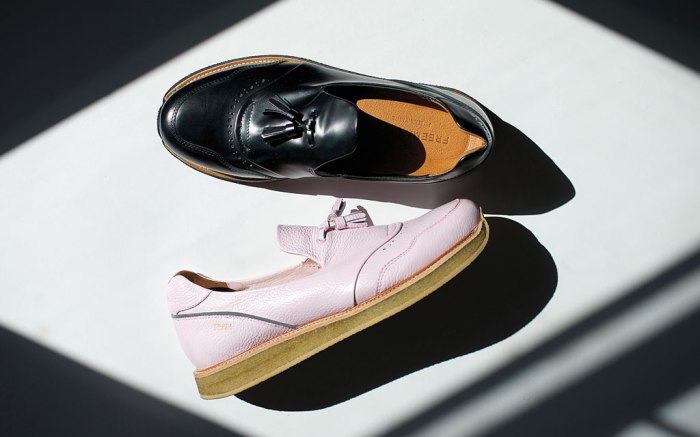 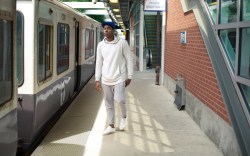 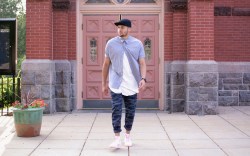 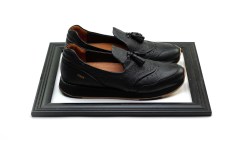 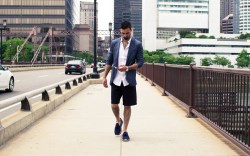 Jeremy Sallee has put as much thought into the design of his men’s luxe collection, Freeman Plat, as he did into its name.

According to Sallee, the athletic-influenced dress looks, which debuted for spring ’15, are built around the idea of a “free man” — someone unbound by the constraints of society, who can accomplish things in all walks of life — and the word “plat,” taken from his favorite animal, the platypus. “I’ve always felt a bit of a parallel due to how multifaceted it is,” said the Boston-based designer.

Sallee, who also works at Reebok, said that when he conceived the line, he had the 18-to-35-year-old businessman in mind. “He doesn’t want to be just another suit guy,” said the 29-year-old designer. “He wants to stand out, but not in a loud way.”

The Portugal-made collection, which retails from $320 to $400, is influenced by wingtips and monk straps, but then incorporates sneaker elements such as molded polyurethane footbeds, EVA midsoles and reflective details. Outsoles run the gamut from rubber and crepe to traditional leather.

“The shoes tip to the dress side,” said Sallee, referring to a tassel slip-on built on a running-shoe bottom and a high-top with perforations.

Sallee, who financed the startup with personal funds and an investment from family, has been sketching shoes since he was 12. He attended the University of Akron in Ohio, where he played basketball and majored in interdisciplinary studies, creating his own curriculum that included fashion and graphic design.

An internship during college at Camuto Group led to an apprenticeship and, later, a full-time design job  at Reebok, which has given the green light for this endeavor.

In his first season, Sallee has landed accounts at The Tannery in Boston, Concepts in Cambridge, The Gents Closet in Los Angeles and Fifth General Store in Japan. Next, he plans to expand the business with a capsule collection for women.

Click through the gallery to see more from the Freeman Plat spring ’16 collection.