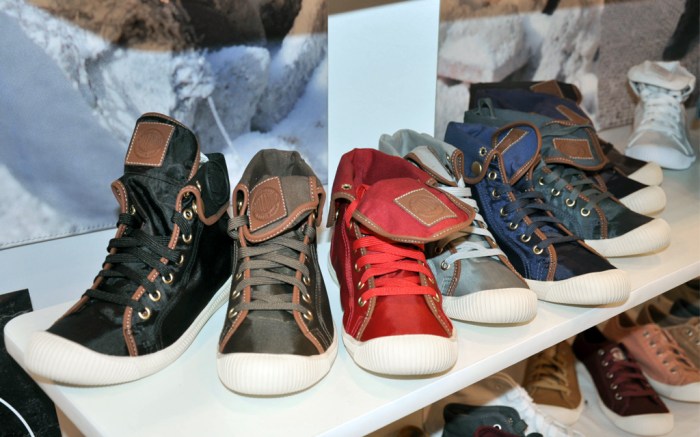 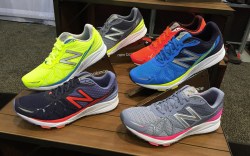 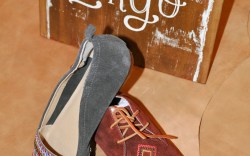 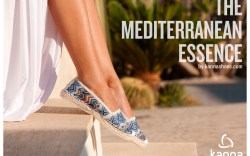 FN scoped out the scene at the Atlanta Shoe Market this past weekend to preview the cool new releases and hot trends coming up for fall ’15. Below is a sample of what we saw. Check out the Feb. 23 print issue of FN for more from the trade show.

The boot brand is taking some pointers from the bag business this season. Its new men’s and women’s Flexx collection, consisting of oxford, bootie and Baggy styles retailing for $55 to $75, uses a nylon material reminiscent of the popular Longchamp totes. Palladium also has incorporated a ballistic nylon — think Filson rucksacks — for some of its men’s Baggy boots for fall.

The latest neutral running shoe from New Balance aims to be both supportive and responsive, according to the Boston-based brand. The Vazee line for men and women features the company’s proprietary Revlite midsole, which also appears in its 890 sneakers. In addition, the Vazee collection incorporates fashionable color pops, so the performance shoes can double as lifestyle kicks. Prices range from $75 to $110 and retail distribution will be tiered.

It’s been two years since Latigo hit shelves, and the women’s brand from Footwear Unlimited Inc. has now homed in on its desired aesthetic: a vintage-inspired, Western-influenced look for the woman who values uniqueness. For fall, Latigo will offer over-the-knee suede boots in slip-on and speed-laced versions, leather ankle boots with snip toes, and moccasin-style flats featuring tribal stitching. The brand is stocked at Anthropologie, Dillard’s, Von Maur and Nordstrom.com, as well as independent boutiques.

Spain-based women’s brand Kanna continues to build its U.S. business. The label, founded in 1983 and known for its espadrille sandals and flats, showed in the States for the first time last August. So far, it has signed up premium retailers such as Little’s Shoes in Pittsburgh, Harry’s Shoes in New York and David’s in Beverly Hills, Calif. Globally, the line is available in 60 countries. Kanna’s footwear is produced in a company-owned factory in Murcia, Spain, using Italian and Spanish leathers. Retail prices range from $69 to $175.