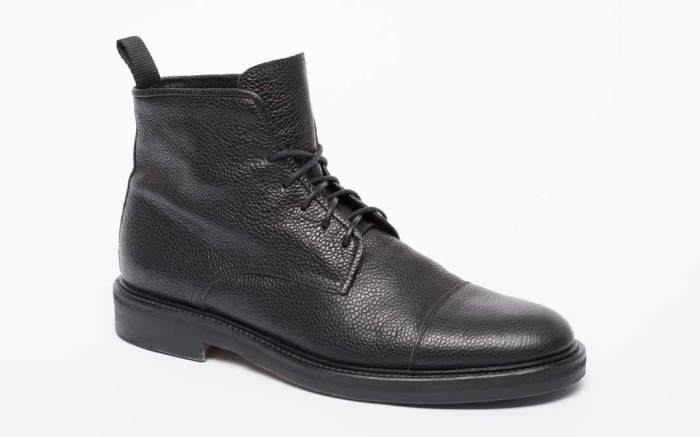 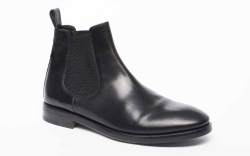 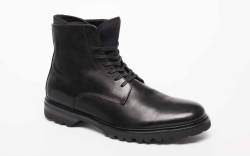 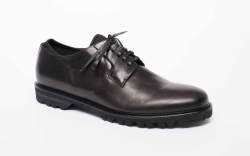 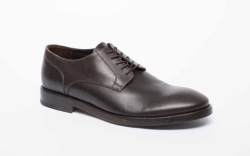 Men’s and women’s apparel and accessories brand Theory, is adding men’s footwear to the mix for fall ’15. The launch follows on the heels of its women’s shoe collection that debuted for spring.

Known for its line of advanced contemporary looks, the companion men’s shoe collection was designed by VP of men’s design, Ben Stubbington and will kick off with six styles that include the Townes, a sleek Chelsea boot and the Etten, an all-purpose plain-toe oxford. The Keaton, a classic derby style and the Timbre, a lace-up boot feature an XL Extralight sole that offers the sturdiness of a traditional rubber outsole with less weight.

The entire collection is made in Italy and features calfskin uppers and linings. The shoes  retail for $345 to $475 and will be available exclusively at Theory retail stores, Theory.com and Bloomingdale’s. Delivery is slated for mid-August. According to the company, a broader assortment of styles will be available for spring ’16.

The New York-based company was founded in 1997 by Andrew Rosen. It is recognized for its offering of modern elevated essentials that include precisely tailored silhouettes done in luxe fabrics. For it’s New York Men’s Fashion week show last month, the label presented on a New York City rooftop.

Click through the gallery to see all the styles.