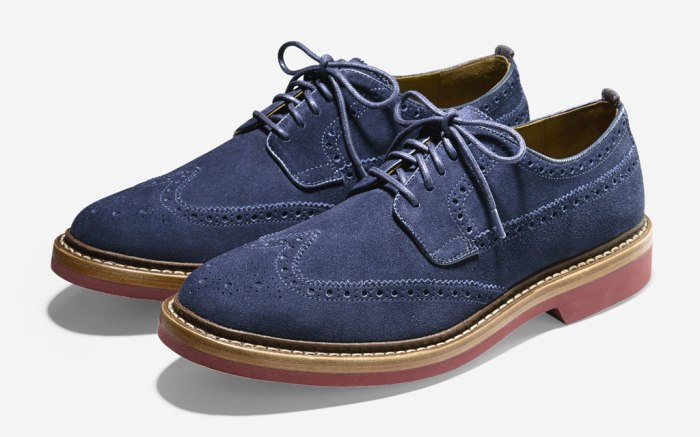 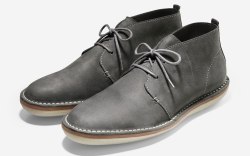 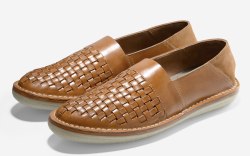 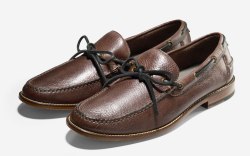 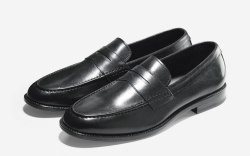 Cole Haan and New York-based designer Todd Snyder have collaborated on a line of men’s shoes for spring ’15. The collection, which hits stores on March 6, ranges from $228 to $268. Focusing on a muted palette of grey, blue, black and white, the offering has six key styles, including chukkas, derby laceups and penny loafers. Finishing details include nubuck leathers, Goodyear welting and hand-sewn stitching.

All of the styles are named after Lower Manhattan streets and feature a logo specifically designed for the capsule collection.

“I have over 30 pairs of [Cole Haan shoes] that I have collected over the past 20 years that I used for inspiration,” said Snyder in a release. “I wanted to re-create something from the past and update it for the modern gentleman.”

“Todd is one of the few designers who honors tradition while simultaneously disrupting and redefining it,” added David Maddocks, Cole Haan’s chief marking officer. “This inaugural collection brings forth an elegant collision of tradition and modernity that is both fresh and familiar.”

This isn’t the first time the two brands have joined forces. For Snyder’s fall ’14 and fall ’15 runway shows, the designer used Cole Haan shoes to complete his looks, including custom Chelsea boots (never a bad way to finish an outfit).

The collaboration footwear will be available at select retailers, as well as on both of the brands’ e-commerce sites.

To see more images of the shoes, click through the gallery.