Yoga Footwear: Is This Niche Category Ready to Stretch? 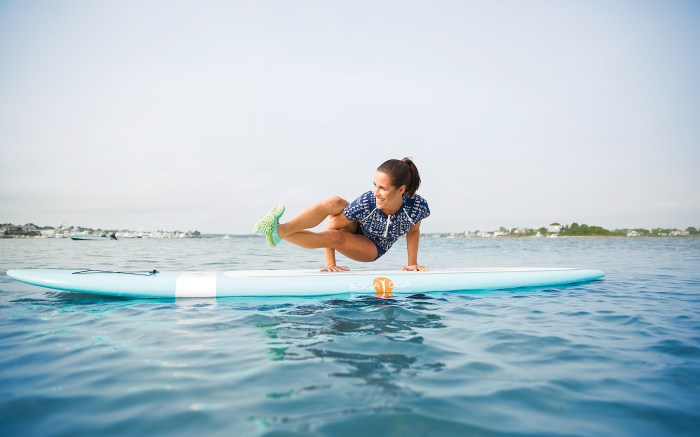 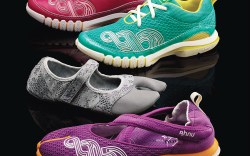 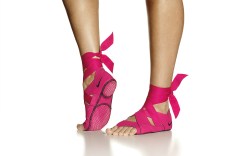 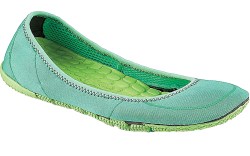 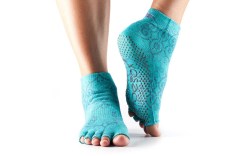 The yoga community is not known for its heavy use of footwear. In most studios around the country, participants typically do their bending and twisting in bare feet to ensure natural flexibility and grip.

But as the world of yoga stretches beyond the boundaries of traditional practices — and venues — there could be an opportunity for shoe brands to find a spot in the market.

For fall ’15, Ahnu plans to launch sneakers and flats targeted to new hybrid fitness activities such as Cardio Barre and TRX, which introduce yoga poses into more active and varied routines.

Ahnu’s co-founder, Jacqueline Van Dine, noted that the brand has been designing post-yoga footwear for several seasons and began to notice an opening. “We went into [these new fitness] classes to see what women were wearing, and they were confused,” she said. “Many were in running sneakers or socks. So we started designing product that had their specific needs in mind.”

The YogaSport Collection, priced from $50 to $130, debuts with four styles: the Yoga Poise, a high-impact sneaker in leather; the Yoga Flex, a high-impact laceup with a mesh upper; the Yoga Split, a low-impact split-toe shoe with crisscross straps; and the In Studio-Om style, intended for on-the-mat use. That particular look was created in collaboration with Blake Brody, who has been designing her own line of in-studio shoes and apparel since 2010.

Van Dine noted that Ahnu, owned by Goleta, Calif.-based Deckers Brands, took a performance approach with the shoes, outfitting them with a highly flexible forefoot, ideal for moves like plank position, and a centered heel base to help provide stability in standing poses. Other features include an extra-lightweight EVA midsole, a dual-density memory foam footbed and a non-marking carbon rubber tread.

“We know what it takes to build highly technical product,” said Van Dine. “And we’re passionate about approaching the process from a woman’s perspective.”

She acknowledged that the brand is entering uncharted territory. “This hybrid fitness category does not exist,” she said. “We’re not just launching a collection but also a new category.”

Indeed, the yoga/in-studio footwear category is very small, particularly for performance product. A few companies have been dabbling in the space over the past few years, but with limited offerings.

Click through the slideshow to see some of these practitioners.

The NPD Group Inc., which tracks most areas of the industry, has no statistics on this niche market, and few retailers stock the product. Zappos.com does devote a page on its website to the category, but the e-tailer currently carries only a handful of styles there.

“[In the yoga segment], we find that the strength of our business is the hard goods and the clothing,” said Steve Paun, director of performance footwear for Zappos. But he sees potential for growth. “[Footwear for that activity] is a small business, but it has a huge audience. Yoga is beyond trending right now.”

Indeed, Van Dine estimated that there are more than 60,000 studios in the U.S., not counting yoga classes held within traditional gyms.

Then there are the myriad events, such as festivals in locations like Sedona, Ariz., and Telluride, Colo., and the Wanderlust series, which attracts as many as 14,000 people to its four-day yoga, food and music fests.

Brody noted that interest in fitness activities has grown exponentially over the last few years as part of a larger trend. “People are focusing on having a healthy lifestyle and incorporating [that] into their diet and everyday activities,” she said. “It’s a very positive trend because health is a priority for many people. It’s a part of a wellness lifestyle.”

Several businesses have capitalized on the excitement, most notably Lululemon, which expects to see more than $1.7 billion in sales in fiscal 2014. Interestingly, none of that revenue is from footwear. When the retailer hired Toms Shoes executive Laurent Potdevin as CEO last year, many speculated that shoes could make their way onto its shelves, but no such moves have yet materialized.

Is the company leaving money on the table? Paun believes it might be. “If you’re going to own that category, a natural progression would be to go into shoes,” he said. “[The category] sees pretty good traffic on our site, so we know the consumer is there. I just feel like the footwear is pretty underdeveloped still.”

That could spell opportunity for shoe brands that are willing to experiment to connect with fitness enthusiasts.

Its Flex collection of $75 mesh slip-ons was intended for beach yoga or SUPyoga, which is practiced atop a paddleboard while floating on the water. The shoes feature adaptive wave-siping and a removable footbed that provides sensory feedback.

“For people doing SUPyoga, there are times when you want something to protect your feet,” said Lee Baxter, VP of performance product for Sperry. “Sometimes they come off the board and may not be able to see what’s underneath them, like rocks or coral. What they want is something that feels almost barefoot, but with grip and stability and some protection.”

Surprisingly, though, when the brand began seeding product to the market, the shoes didn’t always stay on or near the water. “People were wearing them for hikes or to go shopping or to do regular yoga,” Baxter said. “They liked that it has the look of a ballet flat and is lightweight with great traction.”

Brand ambassador Lacey Calvert agreed. “The shoes have changed everything for me,” she said. “I can last longer on the board and feel safer and more secure. And I can go straight from SUPyoga to the car to a coffee shop.”

Calvert, who appears in Sperry’s marketing materials for the line, has been posting photos of the Flex shoes on her social media accounts since last summer and wears them while teaching SUPyoga at big events. “I was just at Wanderlust in Hawaii, and everyone was asking where to get them,” she said.

Because of its crossover appeal, the Flex line is being distributed to both major retailers, such as Dillard’s and Nordstrom.com, and specialty outdoor retailers, including West Marine.

For fall ’15, Sperry plans to expand the collection by offering an unlined leather version. “It’ll still have the same footbed and water bottom, but made more seasonal,” Baxter said, adding that new mesh colors will be introduced for spring ’16.

“We’re extremely excited about it, and from the reaction we’ve had so far from people who’ve seen the collection, we’re expecting good things,” he added.