Wimbledon 2015: What the Top-Ranked Men Are Wearing 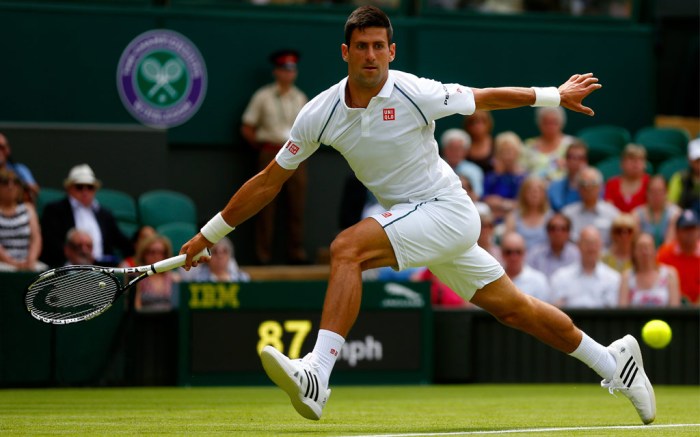 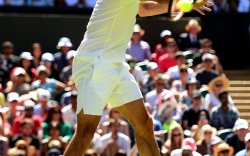 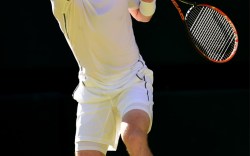 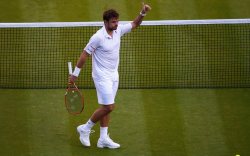 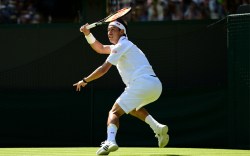 At Wimbledon, the dress code may be bright and white, but that doesn’t mean the pros are wearing the basics. For this storied tennis tournament, athletes have made sure to break out their high-performance gear in order to make it to the final showdown.

Today marks day 3 of the two-week British championship, and the top-rated men have been looking strong in their early matches, aided by the latest sneakers from sponsors like Nike, Adidas, Under Armour and New Balance.

No. 1-ranked Novak Djokovic has so far racked up two wins while sporting his favorite Adidas style: the Barricade 7. And Japan’s Kei Nishikori, currently ranked No. 5, scored a win on Monday in the updated Barricade 2015 style, which features a stabilizing chassis and a synthetic-mesh toe shell for breathability, though he withdrew from competition today due to injury.

Representing team Nike are Roger Federer and Rafael Nadal. Federer easily took down Damir Dzumhur on Tuesday in a pair of the Nike Zoom Vapor Tour 9.5, featuring Zoom Air cushioning technology and a Dynamic Fit system for extra stability. Nadal, meanwhile, has been wearing the Nike Lunar Ballistec 1.5 in competition.

Under Armour is a newer presence at Wimbledon, but the brand aimed high last December when it signed Andy Murray to a four-year sponsorship deal. On Tuesday, Murray hit the court in a custom pair of the brand’s sneakers to defeat Mikhail Kukushkin.

Milos Raonic, meanwhile, has claimed a couple of victories this week in New Balance’s 996v2 style. The Canadian athlete recently extended his partnership with the Boston-based athletic brand, saying, “I have been very fortunate to work alongside the great team at New Balance for the past two-plus years. Their openness to new ideas and development of their tennis product has been something I’ve been very honored to be a part of and help develop.”

But the European and American sneaker companies aren’t the only ones making a showing at Wimbledon. Japan-based brand Yonex sponsors Roland Garros champion Stan Wawrinka, and the brand’s SHT-ProX sneakers proved their worth on Monday during his defeat of Joao Sousa.

All these athletes have a long way to go before they can claim the 2015 title, though. Hope those kicks can hold up.

Click through the slideshow to see the pros — and their sneakers — in action.