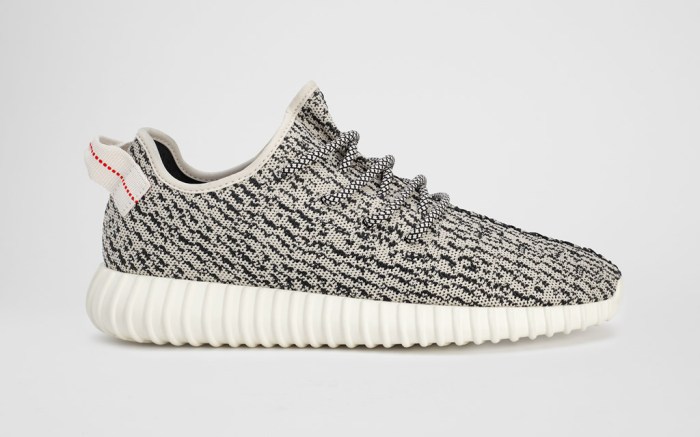 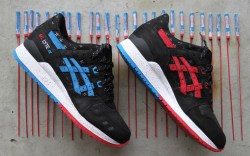 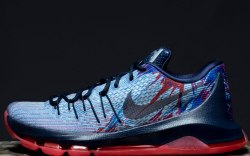 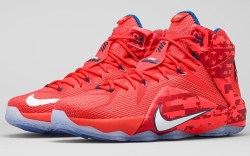 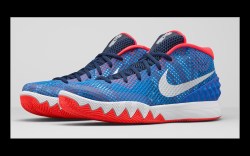 With July 4 just one week away, sneaker brands are preparing sneakerheads for the festivities, releasing shoes inspired by the holiday.

The weekend also features style from Asics to Nike – check out what you can pick up this weekend below.

The signature shoe of football superstar Calvin Johnson will be released in a new colorway Friday, with a retail price of $160. The shoe features a light and medium gray Flyweave upper with a white outsole featuring an icy base. The upper boasts a volt, red, and blue paint splattered swoosh from the midsole to its heel.

The rapper, retailer and sneaker brand collaborated for the Independence Day-themed Bottle Rocket, using the classic Gel Lyte III silhouette, available Friday. The shoe features a black suede-and-leather upper with the brand’s logo appearing in blue on the outside of the shoe and red on the inside. The shoe’s upper also features a mesh overlay with white stars underneath. The outsole is predominantly white with a red-and-blue speckled effect, with red and blue split along the base. Retail price is $160 for men’s sizes, $120 for grade school sizes.

The Independence Day-themed collection is hitting stores Saturday, with the brand’s familiar signature shoes for LeBron James, Kobe Bryant and Kyrie Irving, with the first colorway of its new Kevin Durant silhouette, the KD8.

The KD8, which retails at $180, features an entirely red, white and blue palette. The upper is mostly blue, with a red and a darker blue pattern that resembles fireworks. The outsole is a translucent red beneath the full-length Zoom Air unit.

The signature shoe of Kyrie Irving, the Kyrie 1, will have its own red, white and blue colorway. The shoe features a blue upper with white and red hints underneath its mesh overlay, with a red and white outsole. The shoe will retail for $110.

The Kobe X, the signature of Los Angeles Lakers star Kobe Bryant, will get the Independence Day treatment as well. The shoe’s upper features the American flag on the toe cap, which blends into a red, white and blue fireworks pattern. The shoe is white with a translucent icy overlay and a gum sole. The shoe retails for $180.

The popular skateboard silhouette will hit shelves Saturday in another colorway, this time due to a collaboration with West Coast skate retailer Atlas. The shoe features a wolf gray and black upper, with wolf gray outsole and icy translucent bottom. The shoe retails for $110.

Rap superstar Kanye West’s second effort with Adidas will be released Saturday, with a retail price of $200. The low top sneaker features an all-gray upper made of the brand’s Primeknit material, with an all-white outsole using Adidas’ energy-returning cushioning technology, Boost. The shoe also features a white-with-red-accents heel tab and gray knit laces that match the shoe’s upper.

For fans of the artist Takashi Murakami and the classic slip-on by Vans, you can pick up sneakers from the collaborative collection on Saturday, which use some of his best known designs. The sneakers are available for adults and kids, and range in price form $40-75.